L. A. GUNS The Vault Music Hall & Pub at Greasy Luck New Bedford, Massachusetts November 9, 2019 Photos & Review by Frank Piercy There are very few bands that I truly get excited about when they are playing in New England; Alice Cooper, Kix, Doro, Faster Pussycat and the band I had talked my brother in law into driving almost three hours to see, L.A. Guns. Once again, they are playing one of the hottest spots on the East Coast for 80’s era rock performances, it was a sold out show at The Vault Music Hall and Pub at Greasy Luck. The energy was END_OF_DOCUMENT_TOKEN_TO_BE_REPLACED

L.A. GUNS The Vault at Greasy Luck New Bedford, Massachusetts April 13, 2019 Photos & Review by Frank Piercy The Vault is fast becoming my favorite place to see a show. Tight and intimate, with a small (very small (did I say small?)) photo pit. Not only great music, but just a few doors down is what has become a regular stop for many fans and bands coming thru, Purchase Street Records and as luck would have it, that day was also Record Store Day, but I already had my copy of L.A. Guns latest, “Devil You Know”, on vinyl. That night I was there END_OF_DOCUMENT_TOKEN_TO_BE_REPLACED 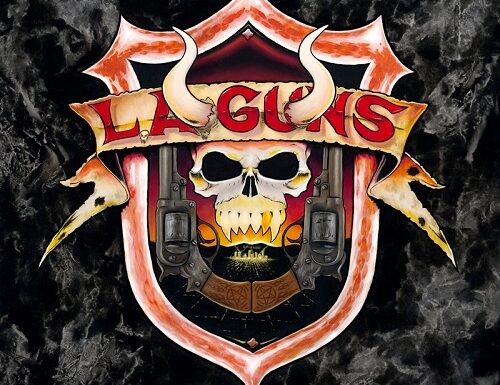 L. A. GUNS The Devil You Know An Album Review by Frank Piercy March 29, 2019 I did something I don’t normally do a few weeks ago. I preordered a limited-edition record album from one of my favorite bands on the circuit today, a band I have been a fan since they released their first album back in 1988. Imagine to my surprise when I received an email with the digital download a whole day before the official release of the album. I just had to do this write up after listening to the album. The Devil You Know is the latest album released by END_OF_DOCUMENT_TOKEN_TO_BE_REPLACED

Charlie Bonnet III Releases New Video for “Waiting On Time” Produced by Tracii Guns Cover photo: Courtesy Charlie Bonnett III November 8, 2017 Nashville rocker Charlie Bonnet III has released a brand new single and music video, titled ‘Waiting On Time,’ taken from his recently released studio EP, Sinner With A Song. The record was co-produced, mixed, and mastered by L.A. Guns mastermind Tracii Guns, and features Tracii on B3 organ. The video, filmed by the Nashville based production company Luminous Midnight Films, tells the story of a psycho ex girlfriend who is stalking the band. “I usually leave it to the listener to interpret END_OF_DOCUMENT_TOKEN_TO_BE_REPLACED

CHARLIE BONNET III NEW STUDIO EP Tracii Guns teams up with Nashville country rocker Charlie Bonnet III for new EP July 18, 2017 Tennessee country rocker Charlie Bonnet III is preparing to release a new studio EP, titled Sinner With A Song, on July 28th, 2017. Having built a following over the course of 8 solo albums and hundreds of live performances, Bonnet is a working man’s musician and songwriter, bringing grit and raw honesty to a music world saturated with AutoTune and gimmicks. “My stuff ain’t rocket science. I’ve got a one, maybe two octave voice on a good day. I know a few END_OF_DOCUMENT_TOKEN_TO_BE_REPLACED