BATTLE BEAST Jewel Nightclub Manchester, New Hampshire October 19, 2019 Photos & Review by Michael LaFleche The Jewel in Manchester, NH welcomed a killer power metal lineup headlined by Battle Beast. Opening for the Finnish band was local act Perennial Quest of Everett, MA. Thunderforge, originally from Western, MA and the Slayer-esque, Let Us Prey. After being feverishly warmed up, the crowd was now ready for Noora Louhimo and Battle Beast, the Finnish masters of melodic, catchy power metal. I saw them last month opening for Kamelot in Worcester and they were a powerhouse of insanely well done and catchy power metal. To remind the END_OF_DOCUMENT_TOKEN_TO_BE_REPLACED

METAL CHURCH XI Record Release Party March 25, 2016 Jewel Nightclub Manchester, NH It had been awhile since I have made the drive up to New Hampshire to see a show at the Jewel Nightclub.  This was a special night, Metal Church was celebrating the release of their newest album “XI”.  You can read our review of the album here at Northeast Rock Review here. The night started with a local metal band, which for the life of me, I can not remember the name of, but they weren’t that bad, and helped work the crowd up for the band that is touring with Metal Church, END_OF_DOCUMENT_TOKEN_TO_BE_REPLACED

Photos & Review by Frank Piercy July 18, 2015 I have never seen the Bulletboys live until this night. Granted Marq Torien is the only original member, they still sounded great and really worked the stage pushing their new album “Elefante”. Marq has a boundless energy that had him dancing all over the stage. Backing him up are Nick Rozz on rhythm guitar; Chad MacDonald on bass; Shawn Duncan on drums. All I could say was wow! They put one great show, the energy was exciting and made me want to get up and jump around. They sounded tight and played all the crowd favorites, END_OF_DOCUMENT_TOKEN_TO_BE_REPLACED 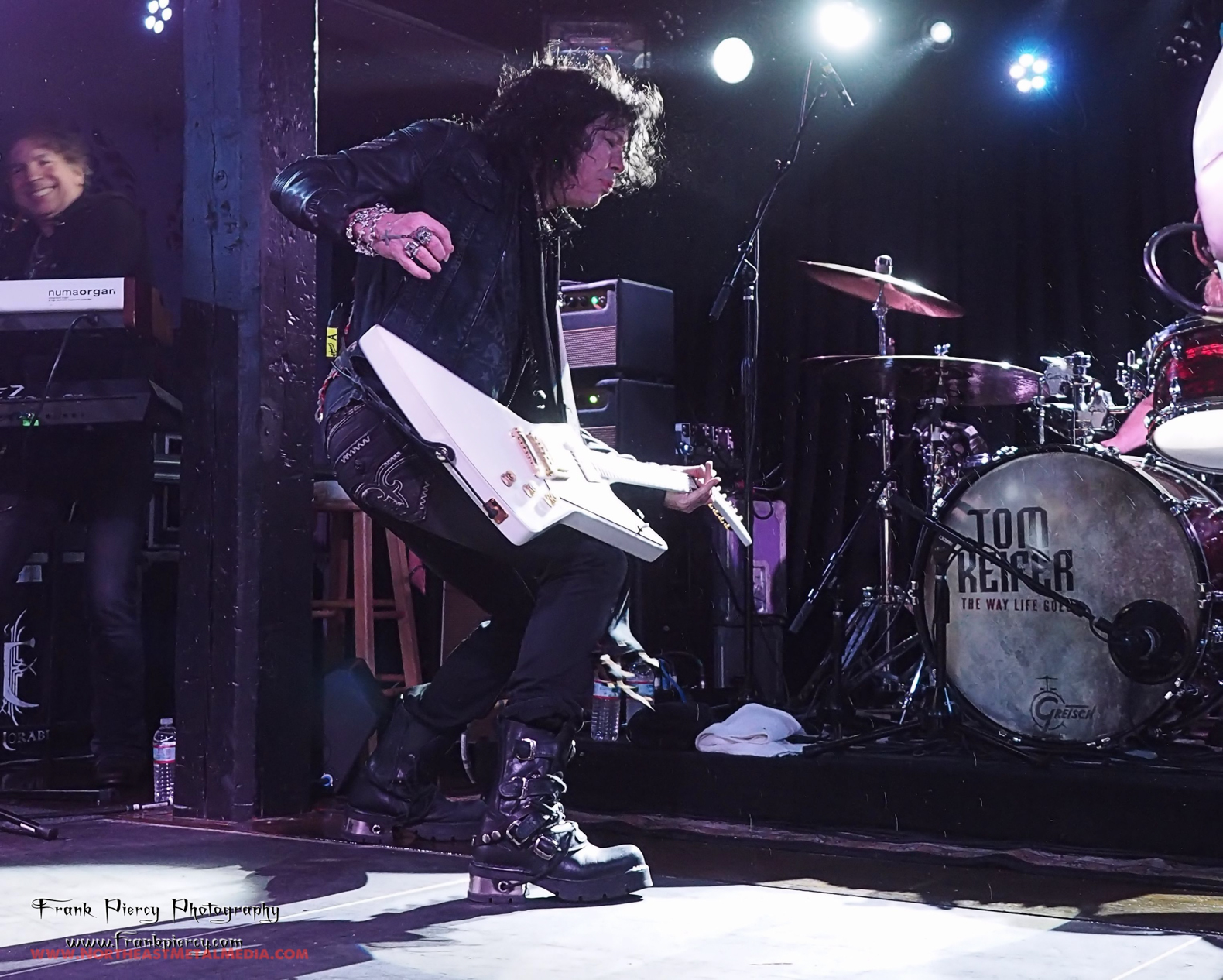 Photos & Review by Frank Piercy April 29, 2015 Two bands I have enjoyed seeing perform live have been out touring this spring, and they actually came together for one night in Manchester at a small club called The Jewel Nightclub in Manchester New Hampshire. The Jewel is a small club that holds between 400 to 450 from what the guy working the door told me, and that night they were expecting it to be close to capacity.  I have been to many small clubs in my time, Legendary Dobbs was the first to come to mind, but The Jewel feels bigger than there but still END_OF_DOCUMENT_TOKEN_TO_BE_REPLACED