SAXON Judas Priest Firepower Tour Mohegan Sun Arena Uncasville, Connecticut March 22, 2018 Saxon took the second spot opening for Judas Priest on the Firepower Tour at the Mohegan Sun Arena in Uncasville, Connecticut.  Saxon has been making metal since 1977 and have been known as one of Europe’s most popular metal acts of the 80’s era. Saxon is one of those bands to help lay the foundation of heavy metal and has been an influence to many other bands and musicians to form out of the 80’s heavy metal genre. Since 1978, Saxon has put out twenty-one albums, with their latest release of Thunderbolt END_OF_DOCUMENT_TOKEN_TO_BE_REPLACED 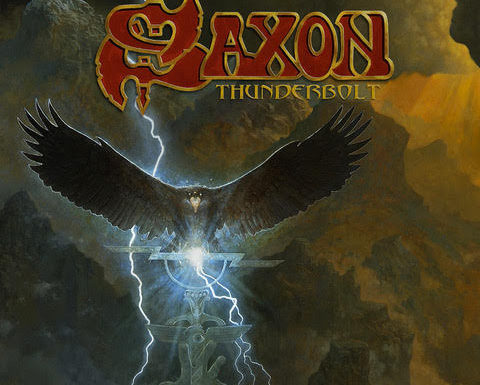 SAXON: THUNDERBOLT Album a Sure Hit – Plus 2018 Tour Dates with Judas Priest SECOND SINGLE & VIDEO “THEY PLAYED ROCK & ROLL”FROM NEW ALBUM “THUNDERBOLT” SET FOR RELEASE FEBRUARY 2nd Attention heavy metal fans of the world. Saxon’s latest album, THUNDERBOLT is on mark to be one of the top heavy metal albums of 2018. ​This album is a must listen! Northeast Rock Review had the chance to listen to SAXON’s latest album THUNDERBOLT. What a delight. It is always great when you put on a new album and it instantly sticks. There is no waiting for it to get good, its just good, all the way END_OF_DOCUMENT_TOKEN_TO_BE_REPLACED