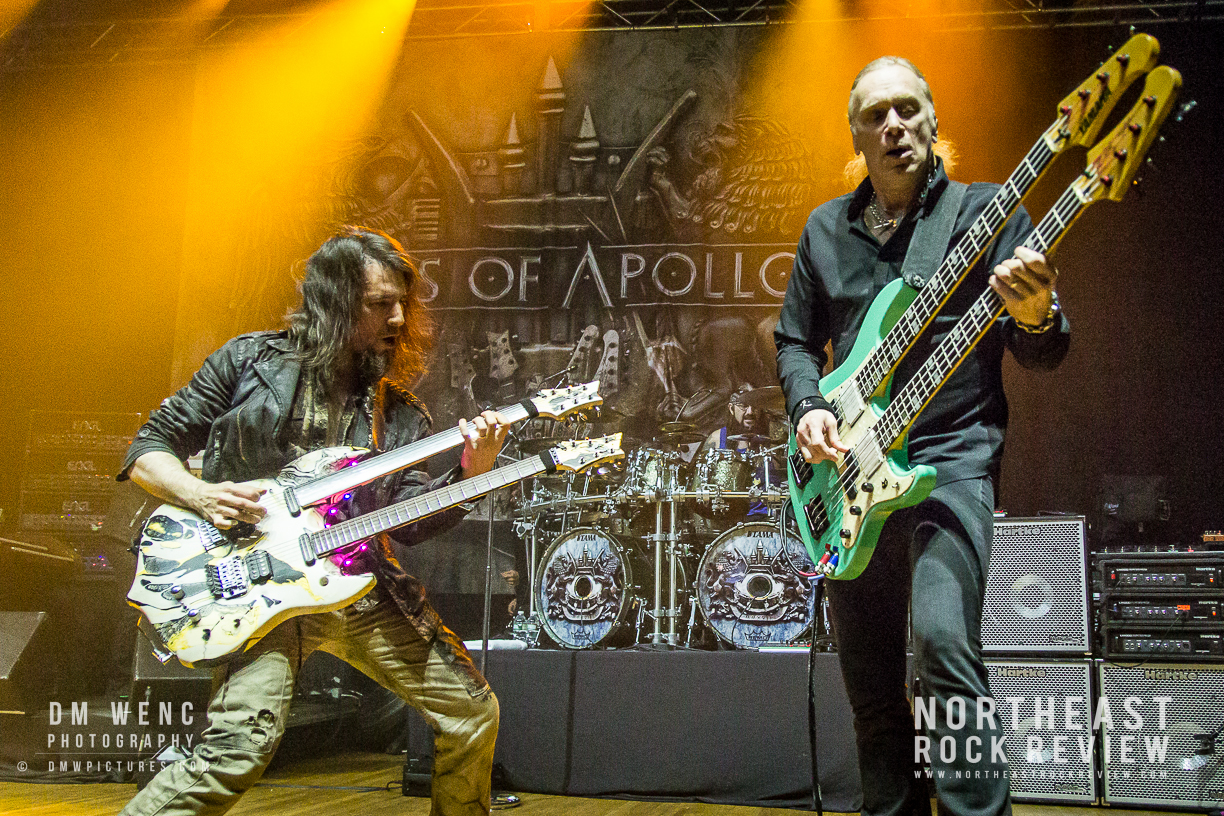 SONS OF APOLLO The Palladium Worcester, Massachusetts May 19, 2018 It was the perfect storm in terms of musicianship. When certain ingredients are mixed together it can make for a wonderful thing. In 2017, the super group, Sons of Apollo was formed out of some of the best of the best musicians of this time. Sons of Apollo is comprised of Jeff Scott Soto (vocals), Ron “Bumblefoot” Thal (guitar), Billy Sheehan (bass), Derek Sherinian (keyboards) and Mike Portnoy on drums. Depending up on which one of these guys might be your favorite, there is no disputing that with any one of these players in a END_OF_DOCUMENT_TOKEN_TO_BE_REPLACED 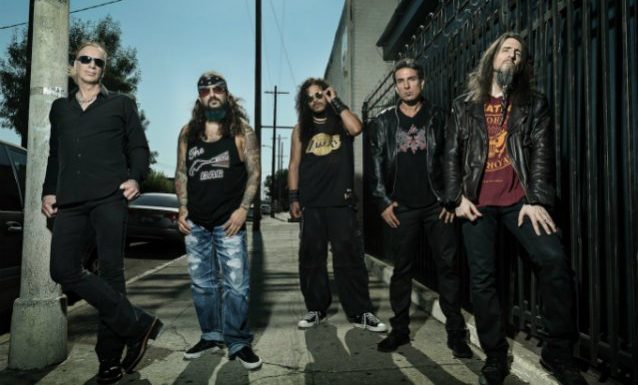 SONS OF APOLLO ANNOUNCES FIRST STRING OF U.S. SHOWS AS PART OF WORLDWIDE TOUR IN SUPPORT OF #1 ‘PSYCHOTIC SYMPHONY’ ALBUM November 29, 2017 Sons of Apollo features former Dream Theater members Mike Portnoy and Derek Sherinian, Ron “Bumblefoot” Thal (ex-Guns N’ Roses), Billy Sheehan (The Winery Dogs, Mr. Big, David Lee Roth) and Jeff Scott Soto (ex-Journey, ex-Yngwie Malmsteen’s Rising Force)—will be hitting the road in 2018 for their first-ever highly anticipated worldwide tour, which kicks off in Tampa, FL on February 3 as part of the “Cruise To The Edge,” which will be sailing to Belize and Costa Maya. Once the cruise concludes, END_OF_DOCUMENT_TOKEN_TO_BE_REPLACED

ROCK TALK WITH MITCH LAFON: Sons Of Apollo, Van Halen & Act Of Defiance Rock Talk With Mitch Lafon is your source for extraordinary interviews with some of the best artists in the world of rock n’ roll. LISTEN HERE: In this episode, keyboardist Derek Sherinian discusses new band Sons Of Apollo and their new album Psychotic Symphony, the future of Black Country Communion, and look back at his work with KISS, Alice Cooper and Billy Idol. Mitch’s second interview is with former Van Halen & Sex Pistols insider, Noel E. Monk. He discusses his new book Runnin’ With the Devil: A Backstage Pass Into END_OF_DOCUMENT_TOKEN_TO_BE_REPLACED