DAUGHTERS with HEALTH & Show Me The Body

Last Saturday the Paradise Rock Club in Boston was utterly sold out and packed to the gills with the brutal punk and electronic rock music of Daughters, HEALTH and openers Show Me The Body. It was so jam packed with raving fans moshing about excitedly that it was actually really hard to document the festivities. I will do my best to help you feel the atmosphere in the club and describe each of the bands properly.

Opening the show was Show Me The Body, a wicked hardcare punk band from New York. Lots of people that I was talking to in line outside waiting for the doors to open were actually here to see this particular band. They mix up hardcore punk along with some hip hop as well. The trio is made up of Julian Cashwan Pratt, lead electric banjo player and screamer, bass player Harlan Steed, and drum leader Noah Cohen-Corbett. I have to admit, this band was off the scales with the energy they brought to the club. It was borderline scary! They are hardcore defined. They had about a 30 minute set, and they were sure to maximize it. Crowd members were up on stage with them, as they stage dive into the receptive and moshing crowd of revelers. The music was harsh, but inventive with the mix of rap and hardcore-punk set to Julian on his electric banjo and the rest of the band providing a framework for the art that is Show Me The Body.

SHOW ME THE BODY – Photos 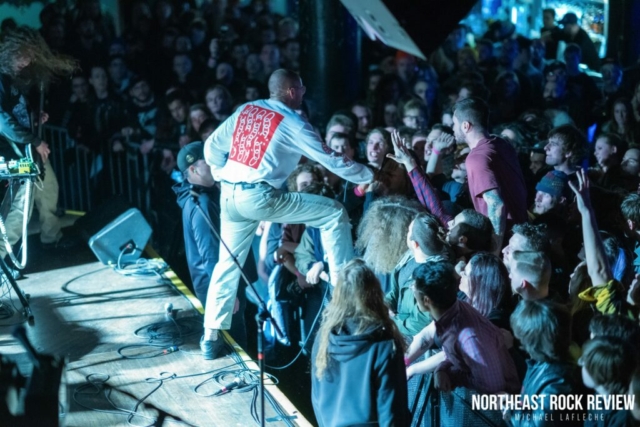 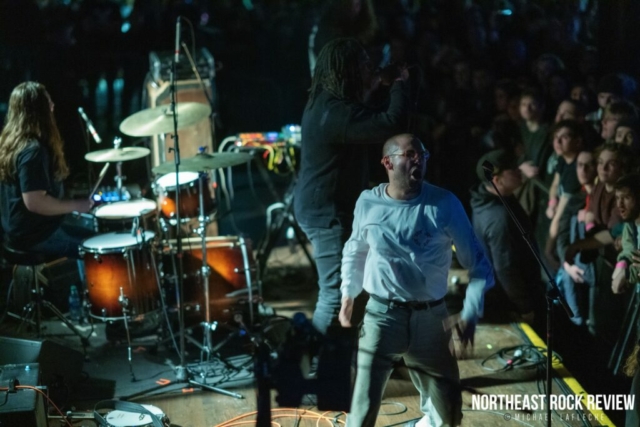 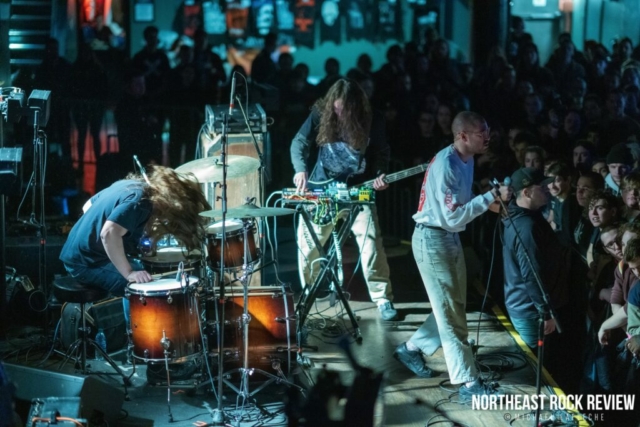 Next up was HEALTH, for their almost 1 hour set. The trio kicks things off with deep electronic beats and bass lines delivered by John Famiglietti, and the rest of the band gets into the action with BJ Miller behind the drum kit and Jake Duzsik on guitars and lead singer duties. As the show started, there was a ridiculous amount of LED strobe activity on the stage, which seemed to almost knock me out. It was really intense and led to very few photos to be snapped for the rest of the evening, but the fans seemed to be eating up the rhythms of the show.

By the way, HEALTH has been around for a while, since 2005 making this style of ADEMA meets NIRVANA brand of techno-grunge. It’s amazing how much sound and noise comes from the trio, it could have easily been 6 people up there making this amount of music. The band played hits from their last couple of albums, including “New Coke”, “Fear Nothing” and “The Message”, but also played some older stuff. 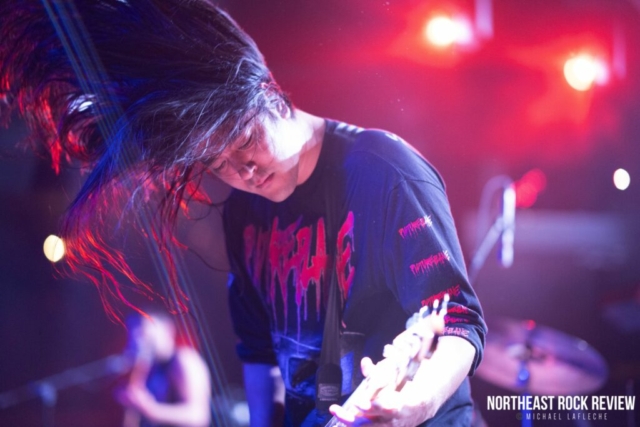 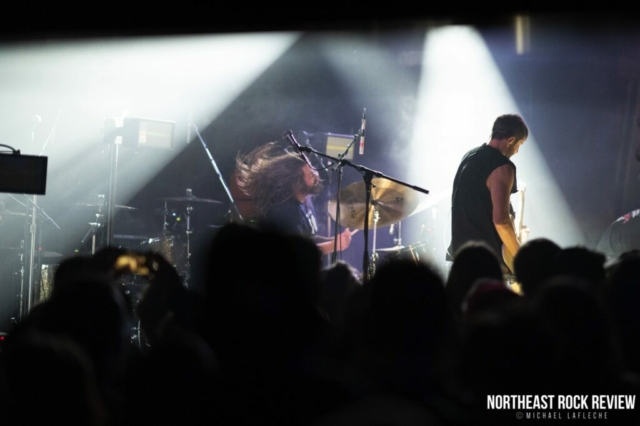 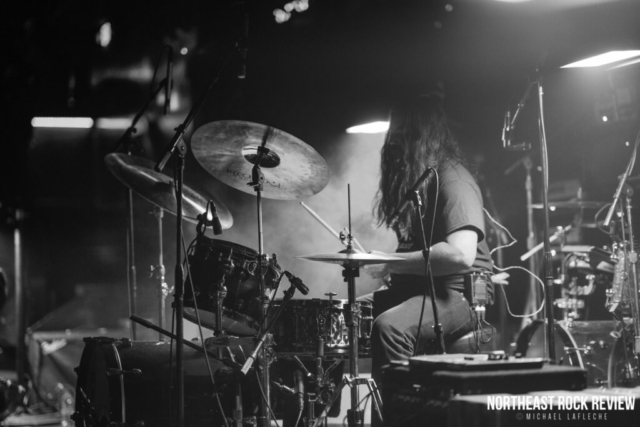 Around 10:30 the stage having been cleared of HEALTH’s set, Daughters takes to the Paradise. Daughters is a very smart and artistic band, that is the only way I can really describe them on a couple of words. Feels like I was taking a class at Rhode Island School of Design RISD (They hail from Providence) with dark ethereal industrial metal. The Ocean Staters are comprised of Alexis Marshall leading the band, drummer Jon Syverson, bass player Samuel Walker and guitarist Andrew Sadler. The club and stage were really dark which matched the musical style nicely. They opened with the industrial masterpiece “The reason they hate me” and played a 12 song set that included some of their latest hits like “Less Sex”, “The Virgin” and wrapped up with the “Stairway to Heaven” of industrial hardcore, “Ocean Song”, a massive opus that does not know how to end.