The Whaling City of New Bedford and Vault music club hosted quite the event Sunday night with five bands playing the rain soaked city. The tour headlined by Powerman5000 included hard rock favorites (həd) p.e.), local Plymouth, MA based band SiXteenX20 along with a great band that I have not seen before that I will review here, the Blacklist Regulars and the focus of this review Adema, who graciously invited Northeast Rock Review to cover the show.

SiXteenX20 opened the show to get the club’s juices pumping as sheets of wind and rain made the cobblestone streets of New Bedford look like class 5 rapids. SiXteenX20 reciprocated with playing well put together hard rock even debuting new music for the clubgoers.

Next up was quite a contrast, the Blacklist Regulars, who looks like damn serious rock n’ roll starts, with dreadlocked guitarist Dylan Dice taking the stage, along with the scary energy of Philip Nielsons flying around with reckless abandon on stage with his bass, in the air most of the time, kicking his long legs over the crowd in the front row of the pit. And hailing from Kenosha, Wisconsin was Nick Kraeuter on drums. Finally Luke Keating takes the stage, an Irishman who looks normal compared to the rest of his bandmates, but resolves to challenge that label with fantastic energy and leadership on stage as the band engaged in their 45 minute setlist. 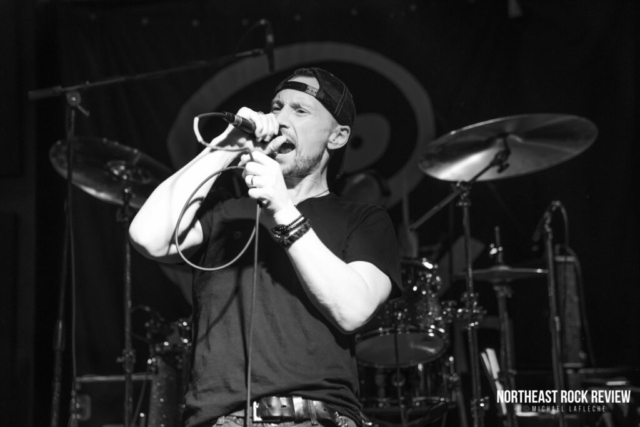 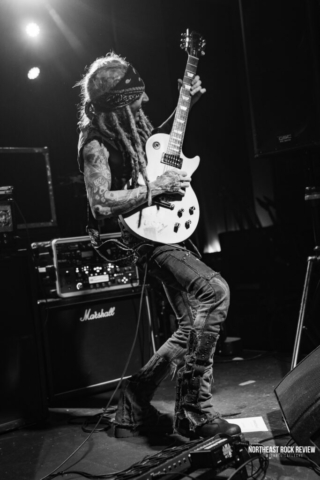 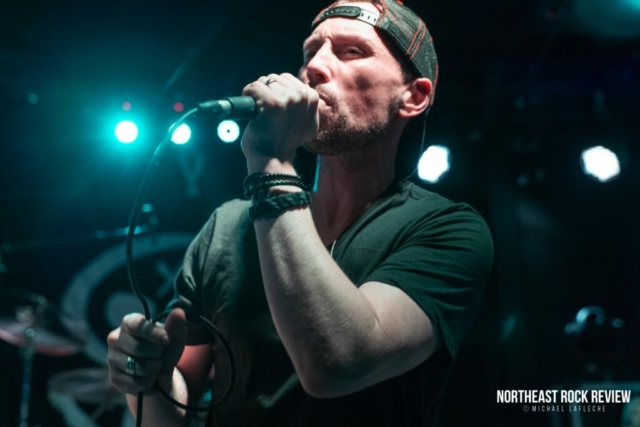 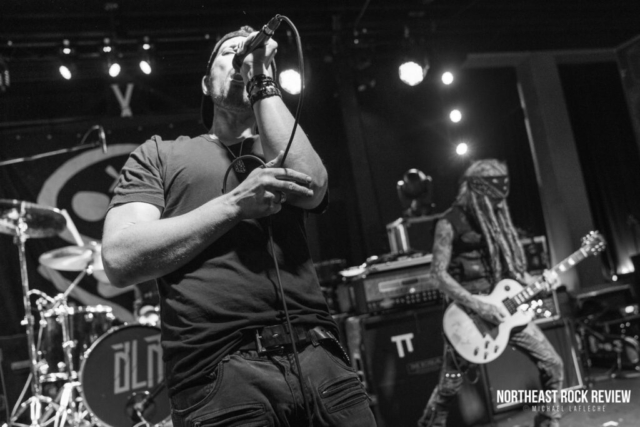 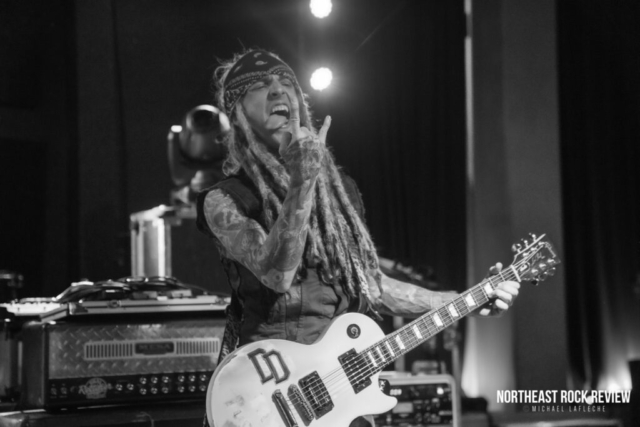 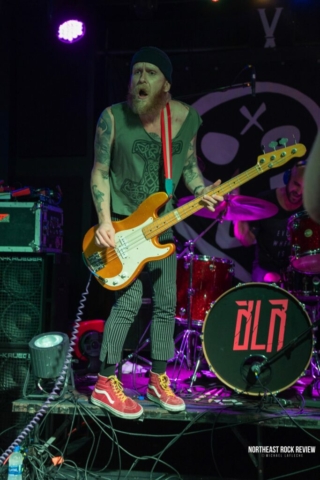 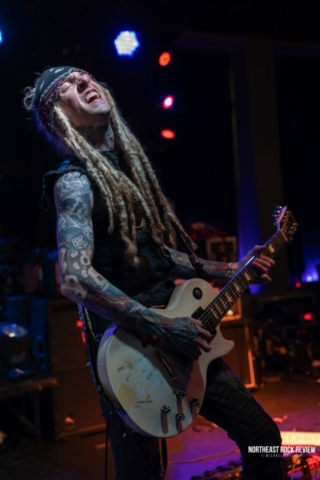 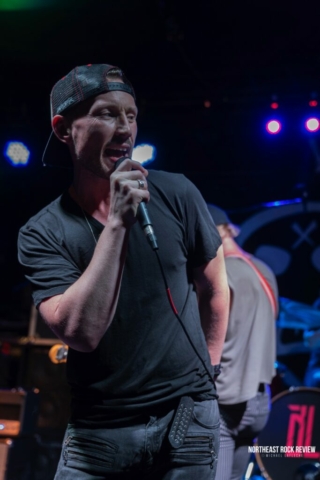 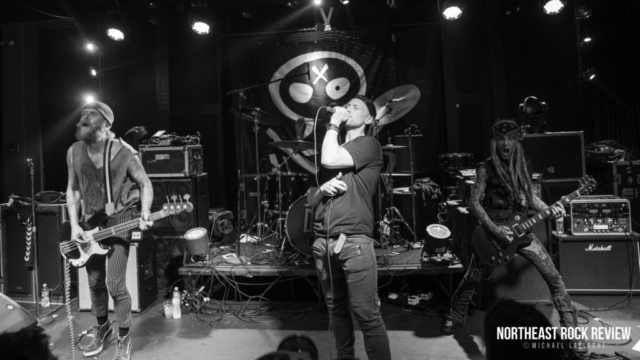 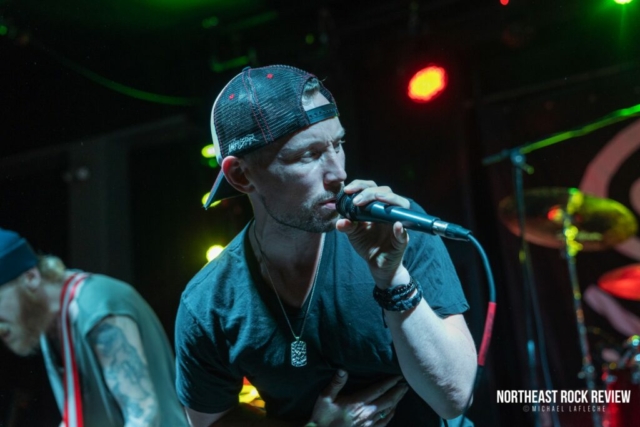 The Blacklist Regulars remind were a true hard rock band, and they reminded me of the early 80’s scene from the sunset strip in West Hollywood with their stripped down glam and riffing guitar work, sort of a mix of that genre and the more grungy Soundgarden sound. Look for their music, songs like Hit of the Day and Superhum are sure to please.

ADEMA took the stage next with a high tech stage setup. The five piece nu metal unit assembled on the stage with the fashionable bass player Dave DeRoo, Guitarist Tim Fluckey, guitarist Mike Ransom and drummer, a throwback to Tommy Lee ripped his shirt off to begin the show, Kris Kohls on the drum kit as the girls behind me in the crowd squeed with joy as air kisses were delivered in return from the grateful drummer.

New lead singer and former ORGY guitarist Ryan Shuck comes out on stage wearing all black with chrome studs and looks like a younger more modern version of Rob Halford as he took the stage with electronic effects playing in the background as the song “Everyone” started with the band joining in. Songs such as “Everyone, Unstable, Immortal, The Way You Like It, Co-Dependent, Freaking Out, and Giving In” were played as the crowd writhed to the nu metal that was being presented to them. The guitar work was amazing during the show, with Mike Ransom who is very tall, jumping in the air as the band players, seemingly almost hitting the ceiling of the former bank turned music venue.

Ryan Shuck impressed with his leadership skills trading his guitar for a mic stand. There is still a little less than a month left of this tour, make sure to follow up with the featured bands here in the article, I was impressed with Blacklist Regulars and expected Adema to be great, and found Ryan to be a great addition to the band. 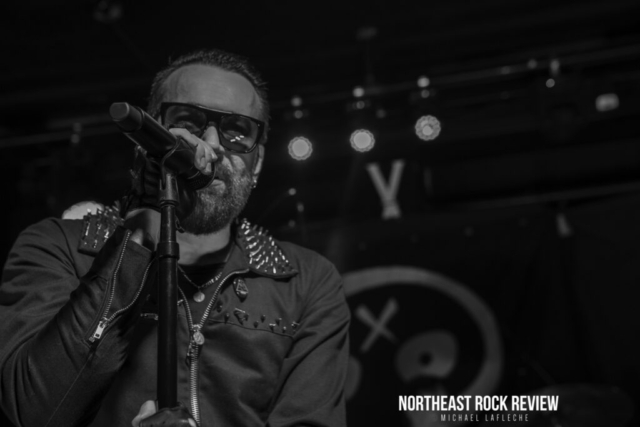 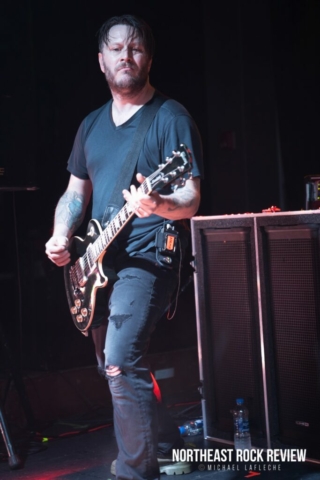 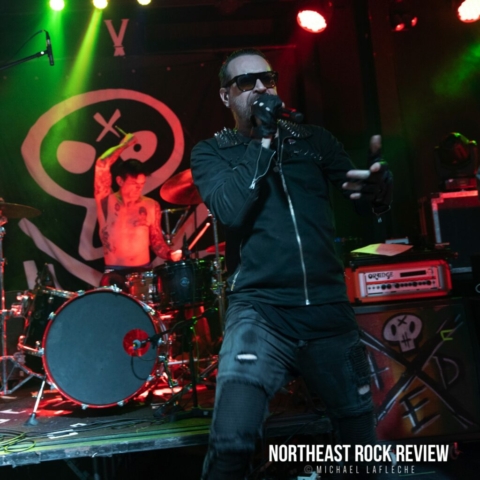 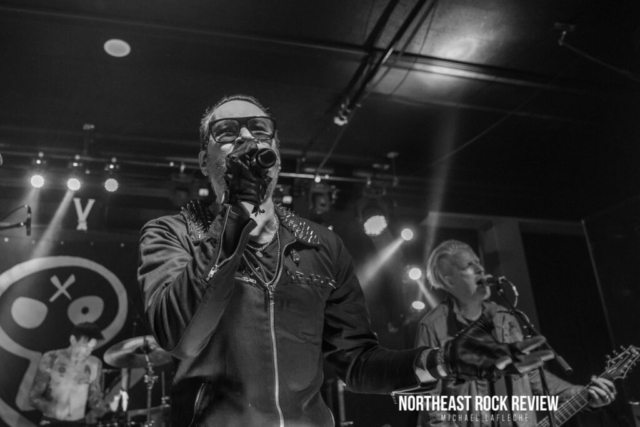 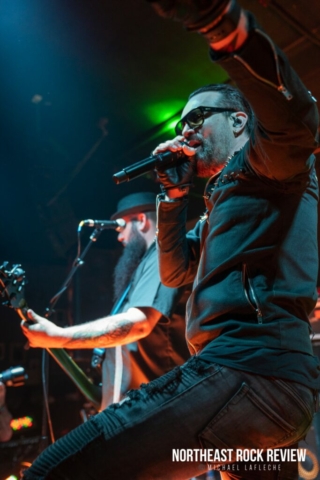 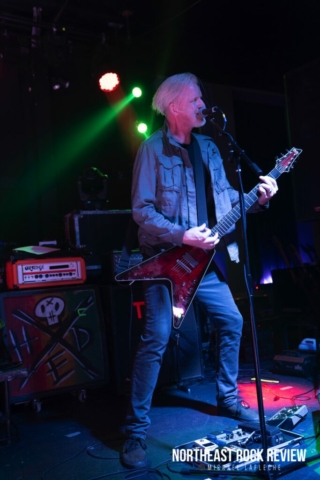 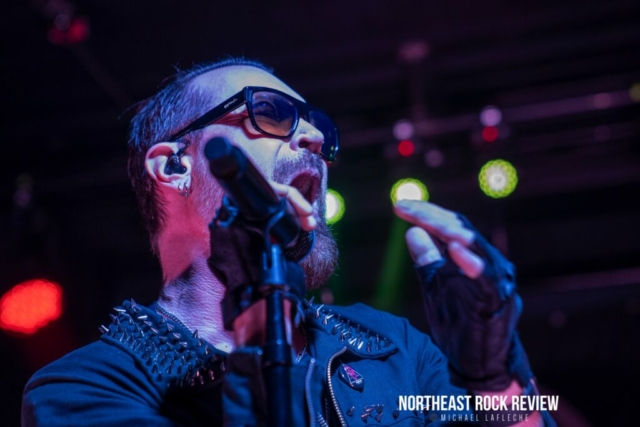 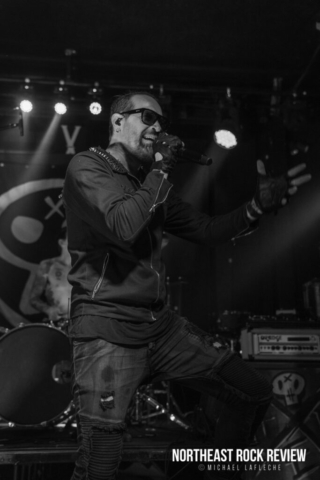 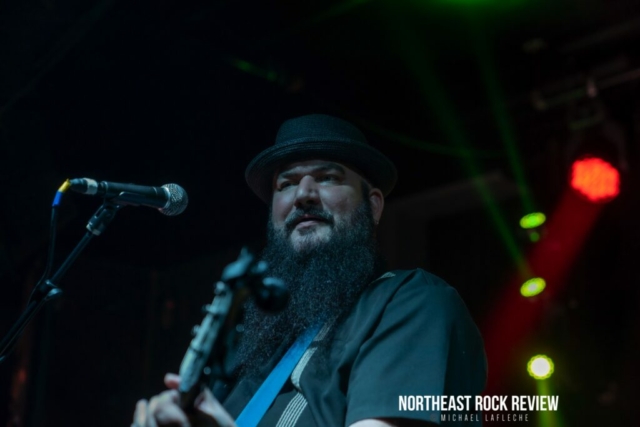 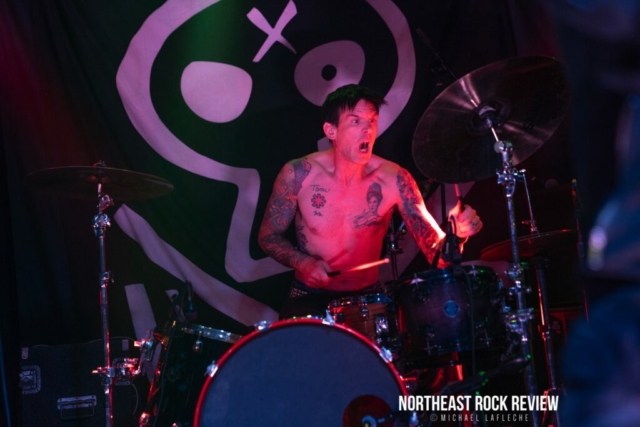 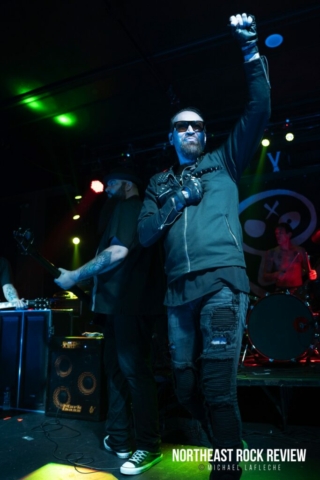 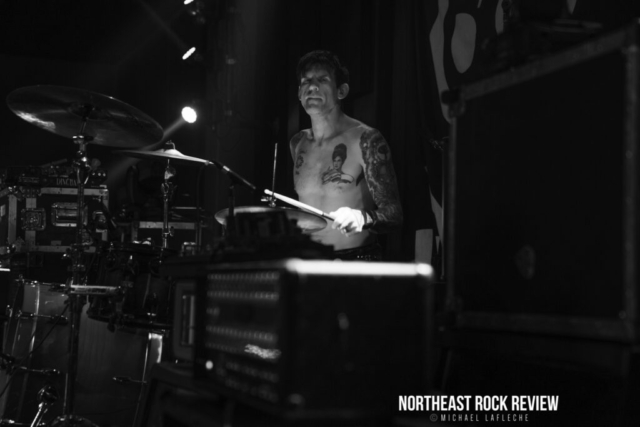 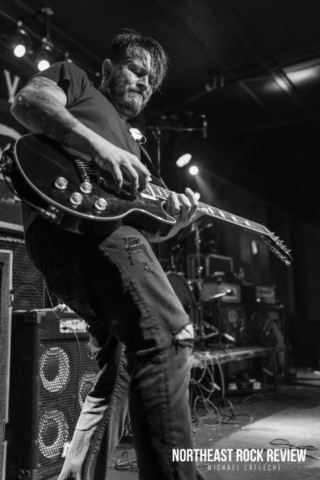 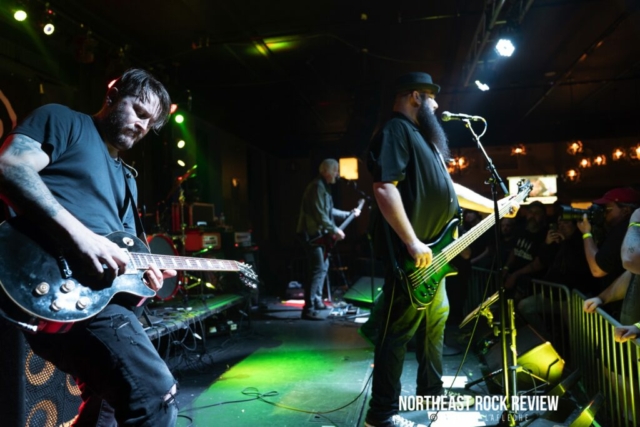 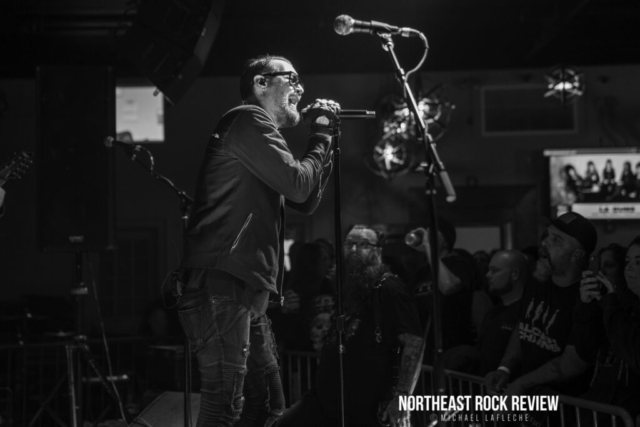 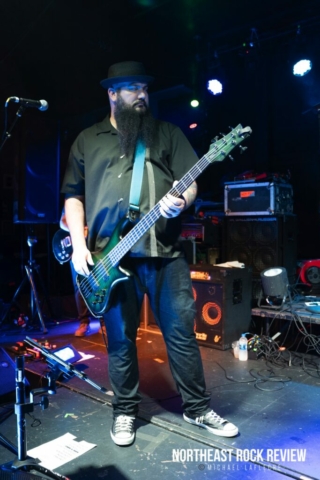 For More News, Info and More: