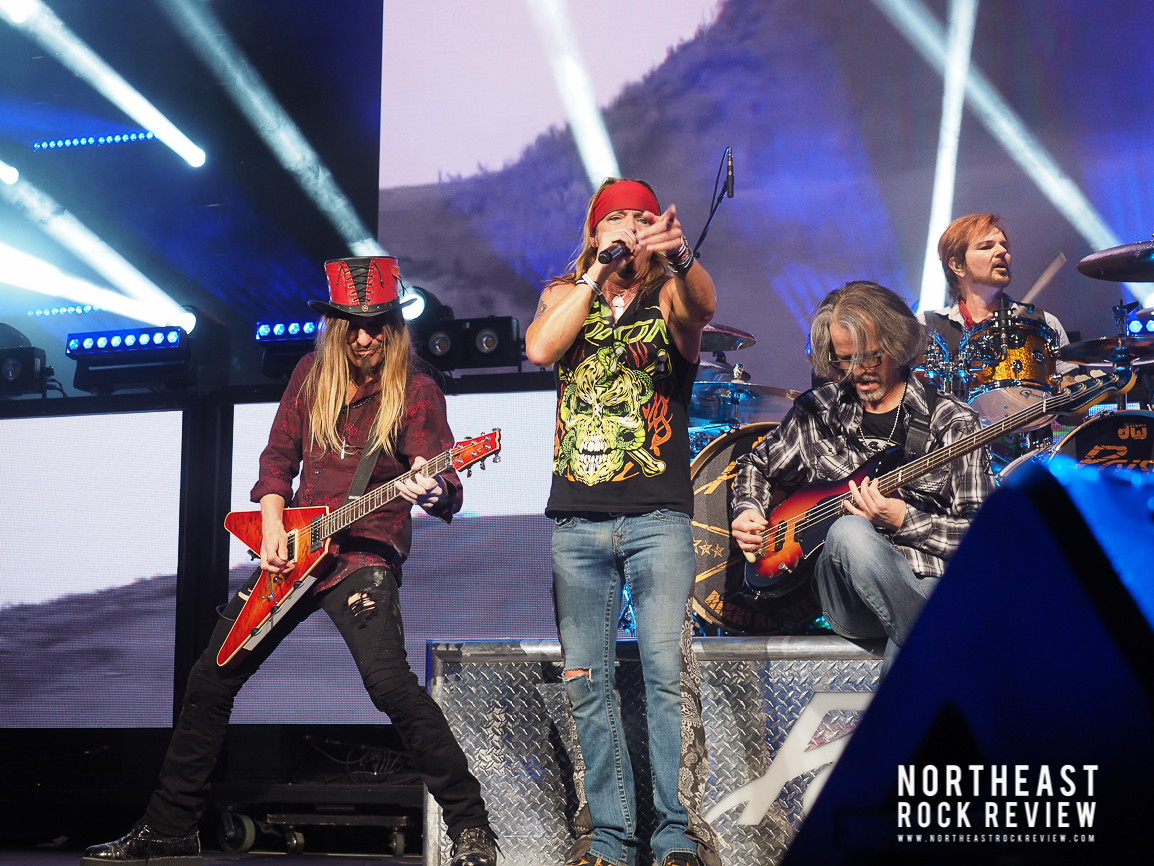 POISON Xfinity Theater Hartford, Connecticut June 14, 2018 It had been 10 years since a studio album has been released, but these guys are back on the road again drawing in crowds that cant get enough of their 80’s rock music. It has been over 30 years since the release of their freshman album “Look What The Cat Dragged In”, the album that brought me into the fold as fan, and the title track of that record is what started their set off and the massive 10 song singalong that followed. An enthusiastic crowd sang along to Bret Michaels and watched in awe as CC END_OF_DOCUMENT_TOKEN_TO_BE_REPLACED

Collective Soul, Lit and Poison guest on this episode of Westwood One’s Rock Talk With Mitch Lafon. Former L.A. Guns bassist, Adam Hamilton, co-hosts. Mitch’s first interview is with Collective Soul bassist Will Turpin. He talks about his love for KING’S X, his new solo album Serengeti Drivers, frontman Ed Roland, the Rock & Roll Express Tour with 3 Doors Down, Collective Soul Live (the album), songwriting, their upcoming new album, Collective Soul being Ed’s thing, Woodstock 1999 and much more. In the second interview is with LIT’s Jeremy Popoff. We talk about the Nashville influence on their new album These Are The Days, the END_OF_DOCUMENT_TOKEN_TO_BE_REPLACED

Rikki Rockett – Drummer of Poison and Devil City Angels Launches ROCKETT VLOG January 22, 2018 Rikki Rockett – you know him for his incredible talents behind the drums with Poison and Devil City Angels. But there is so much more to this guy than kick drums and crashing cymbal. Currently in the studio laying down tacks for some new Devils City Angels music, Rockett is also a black belt in jiu-jitsu, the father to a couple of pretty awesome kids, a photographer, motorcycle junkie, animal rights activist, founder and part of the creative team of Fallen Angel Customs. And on top of all that, he’s END_OF_DOCUMENT_TOKEN_TO_BE_REPLACED

POISON Mohegan Sun Uncasville, Connecticut April 13, 2017 It was nothing but a good time at Mohegan Sun Arena on April 12th when Poison took the stage for their third show as part of the 2017 reunion tour, along with Tesla and Def Leppard. It was clear that there the crowd was loaded with Poison fans to watch this long awaited reunion. Fans had donned their Poison concert shirts, new ones and the worn and faded ones from concerts of years past. 2017 should be noted as the year that Poison reunited with the all original line up after a several year hiatus. Even better END_OF_DOCUMENT_TOKEN_TO_BE_REPLACED