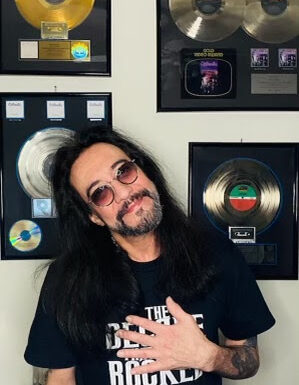 Statement from Jeff LaBar’s Family Regarding His Passing July 19, 2021 Jeffrey Philip La Bar of Nashville, Tennessee passed away peacefully at the age of 58 on July 14, 2021. He was born on March 18, 1963 in Darby, Pennsylvania to June and Bob La Bar. Jeff grew up in Upper Darby, Pennsylvania and went to Upper Darby High School. Inspired by his brother Jack to pick up the guitar, he joined the local rock band Cinderella, who rose to prominence in the late 1980s with a string of platinum selling albums. The group toured the world and had numerous charting songs and videos on END_OF_DOCUMENT_TOKEN_TO_BE_REPLACED 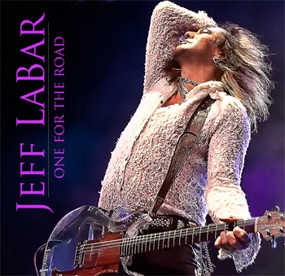 New music from Jeff LaBar, the guitarist who stood right side to Tom Keifer in Cinderella for over 30 years has embarked his first solo album. One for the Road was released in August 2014 on RatPak Records. This is the first solo release in LaBar’s music career consisting of seven songs all written and performed by LaBar.  One for the Road showcases LaBar’s  talent as a writer, guitarist, and singer. The CD was released with options for fan packages and purchasing of autographed CD case, guitar picks, t-shirts and even an option for a personal phone call from Jeff himself. The album was produced by END_OF_DOCUMENT_TOKEN_TO_BE_REPLACED