Whitesnake was once again out on the road, this time on a headlining World Tour in support of the band’s latest studio album Flesh & Blood. Whitesnake is a band that has been consistently touring through the last several years.

The room at the Twin River Casino Event Center was filled with fans in anticipation of Whitesnake hitting the stage, and with no opening band, it was straight to Coverdale and Company. The lights went down and the sounds of “My Generation” from The Who played in the background, the anticipation was building as Tommy Aldrige could be seen taking his place behind his enormous drum kit, and the silhouettes of Joel Hoekstra (guitar), Reb Beach (guitar), Michele Luppi (keyboards) and Michael Devin (bass)made their place on the stage. And there it was, the sound of “Bad Boys”, guitar kicked in, the lights went up and the Rock and Roll Hall of Famer, David Coverdale took to the stage. The legend was glowing with smiles and outright joy as he took the stage to see the crowd roar at his presence and music. A perfect song to kick off that night of music.

David Coverdale with his Whitesnake shirt and his custom silver snake skin style Chuck Taylor sneakers, matched the theme of the stage set up. This was a night to be filled with classic Whitesnake material and five songs from the 2019 Flesh & Blood album. The new songs were well received and fit right into the night’s set as if they have been in the rotation for years. Fans were singing right along with the new songs, despite the full album having been released just the day before this show. A sure sign of success for this album and positive reception from the fans.

The night rolled along with high energy and the musical professionalism that can be expected at any Whitesnake performance.

Then at “Trouble is Your Middle Name”, came the dueling guitar solos of Reb Beach and Joel Hoekstra. These two players have been a fixture with the band for some time now. Reb Beach’s maintains a more reserved approach while he rips out his turn at the solos, and then it was Joel Hoekstra’s turn at the solos. Hoekstra, a bit more animated, who reciprocates the crowds energy, having become known for his high intensity stage presence and now famous hair whips. Two great players who have added to the entertainment of the modern Whitesnake shows. The dueling solos received roars from the crowd, as they played their heart…rather fingers out. The Yin and Yang of guitarists, making for the perfect guitar combo. During band intros, David Coverdale intorduced Joel Hoekstra as “sex on two legs”.

Local Massachusetts native, Michael Devin, rocked the stage with his Rickenbaker bass, with a great bass sound booming through the setlist.

In between “Get Up”, was drum legend Tommy Aldridge with his signature drum solo behind his Yamaha drum kit. As I watched Tommy Aldrige and David Coverdale on stage that night, I could not help but think of how they have been performing tirelessly on stages around the world in front of millions of others over the past 40 something years. One can realize that they don’t make them like this anymore. You realize that watching these performances are magic moments and we can be thankful for being able to see Whitesnake still performing. You realize how great that moment is and how powerful the concert experience really is. David Coverdale is a true rock legend. As is Tommy Aldridge, from his Whitesnake years and contributions with Ozzy Osbourne and many more. Cherish the moments of a concert experience like these. And thank you for Whitesnake for making new music and being out on the road killing it every night and entertaining thousands of fans on a nightly basis. You bring us the music of our youth, it helps us to stay young at heart.

This is current version of Whitesnake has been touring together since 2015 on The Purple Tour. This modern version of musicians continues to carry the torch of the Whitesnake legacy. This lineup made their own contributions to the new Flesh & Blood album. 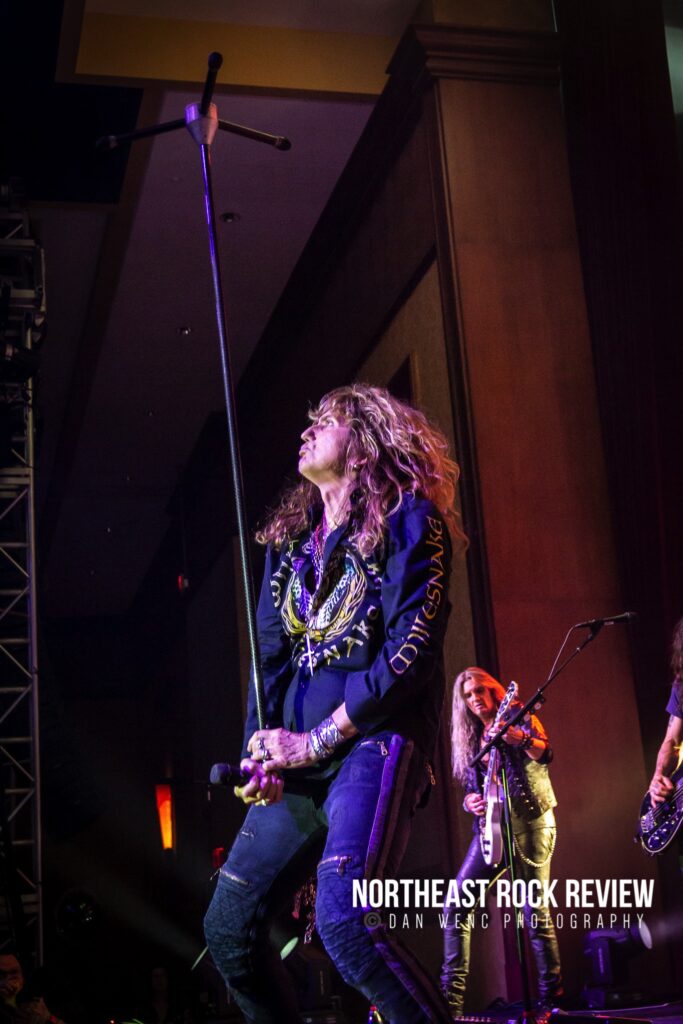 This was a fun show all around. The music was played with serious intensity, while the smiles David Coverdale and his players displayed their enjoyment of performing. Coverdale was very friendly and interactive with the fans all night long. At the close of the show Coverdale wished all the girls in the room a Happy Mother’s Day, and shook hands with many at the front of the stage as he rounded out the night. The band gathered and took their bow. 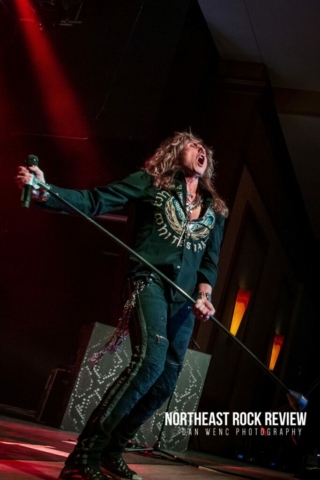 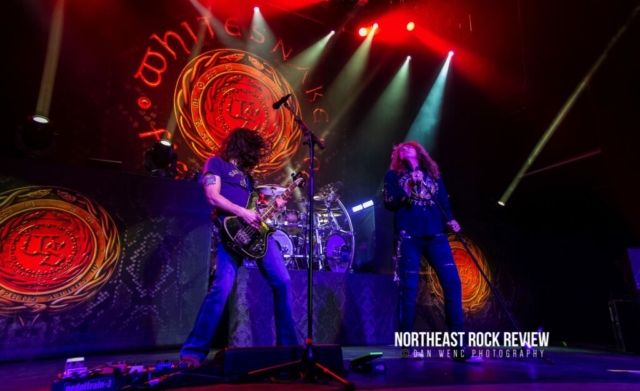 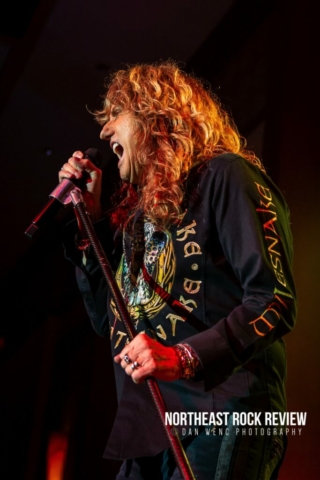 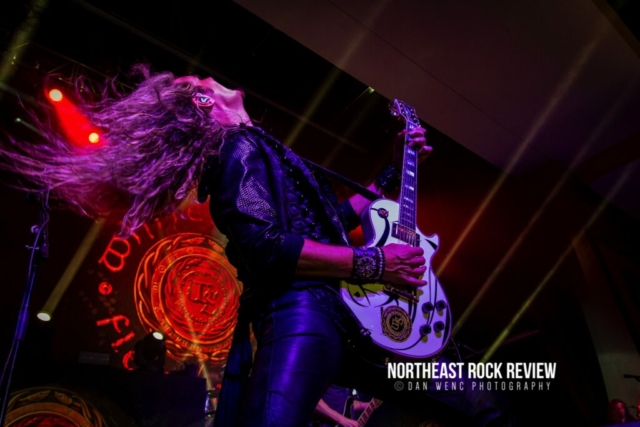 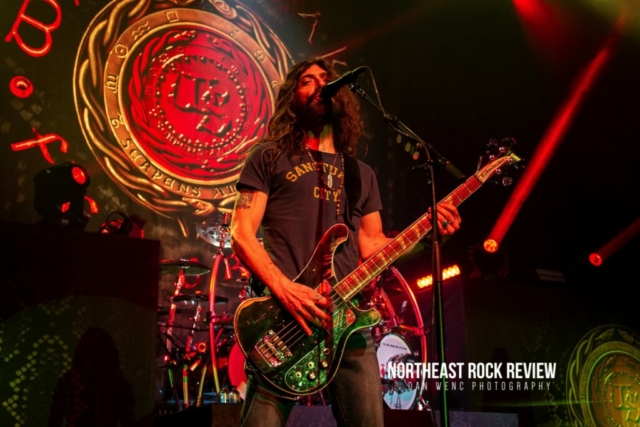 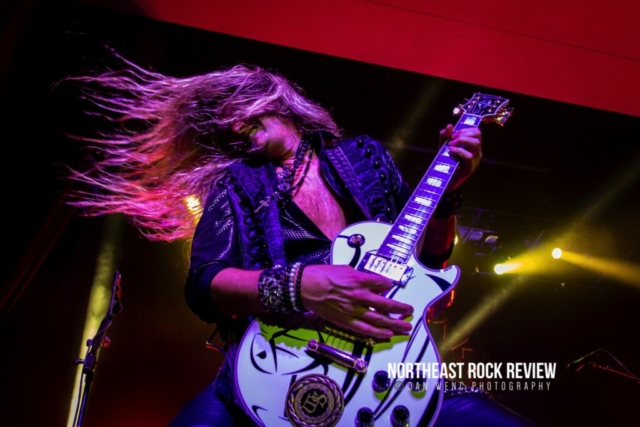 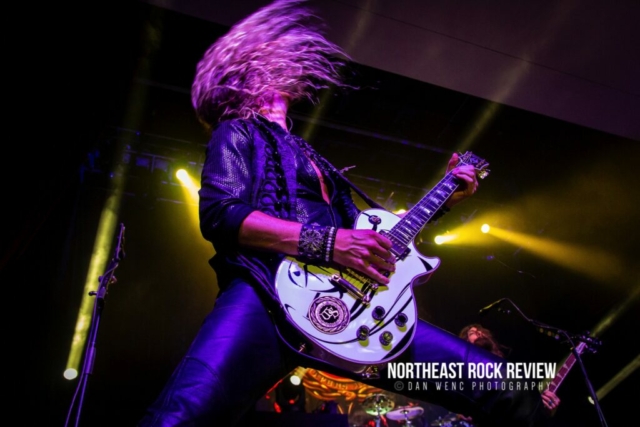 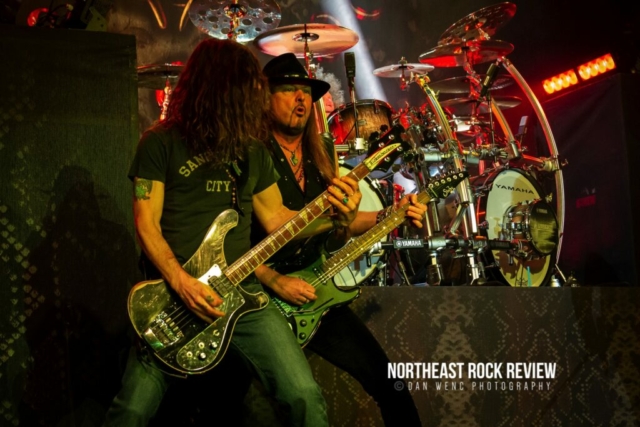 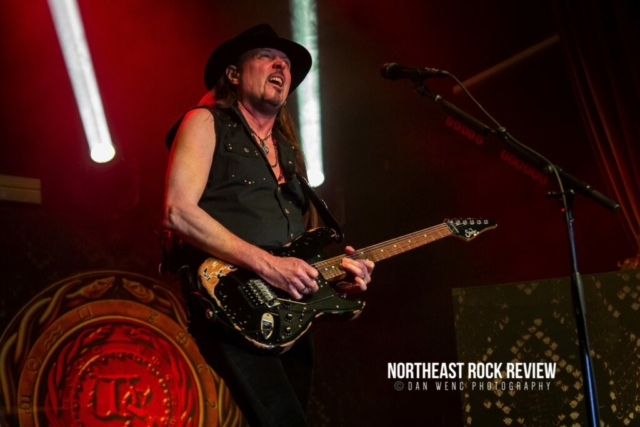 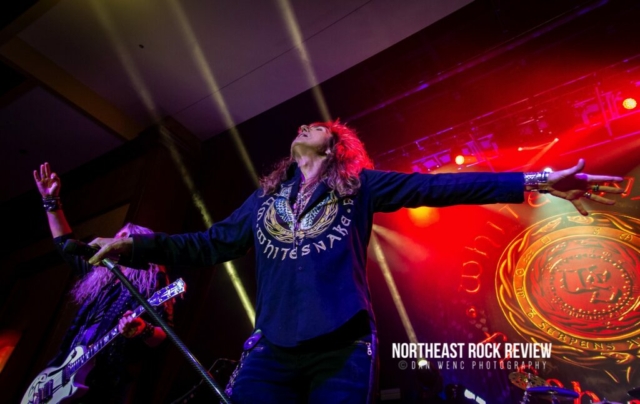 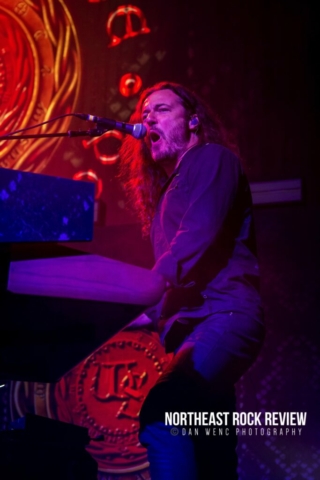 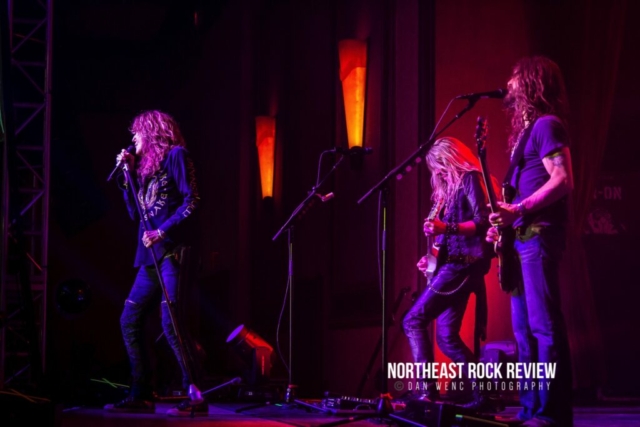 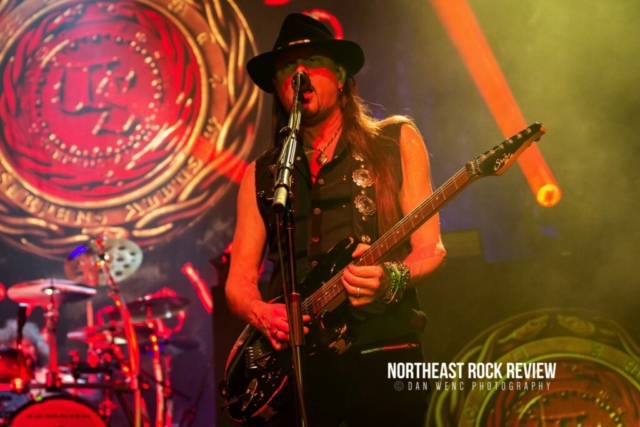 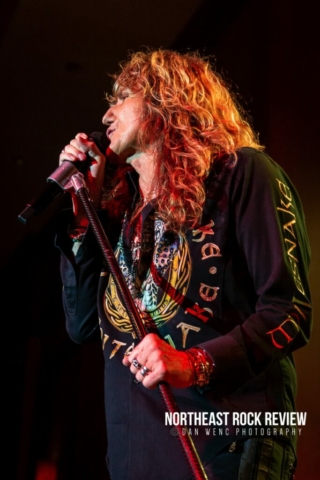 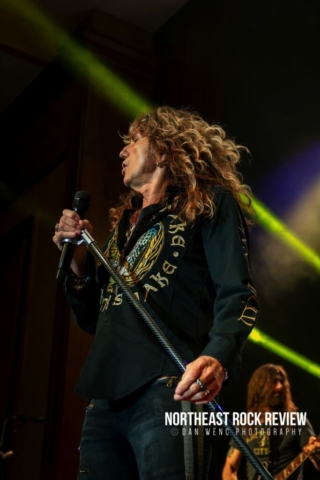 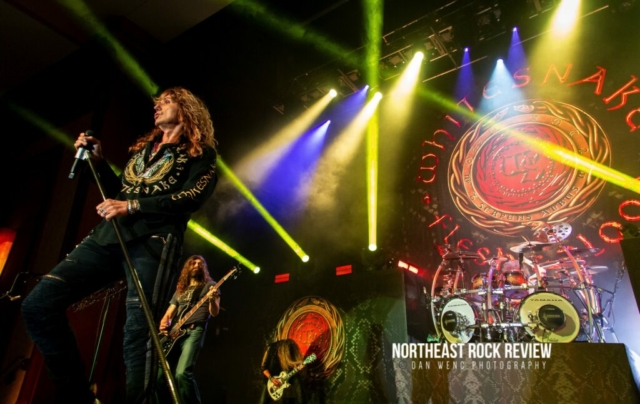 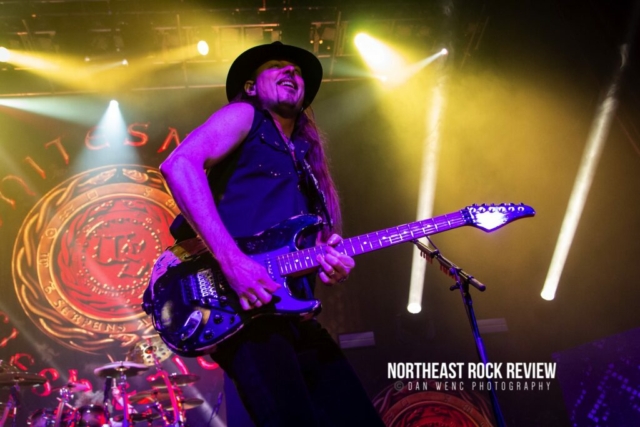 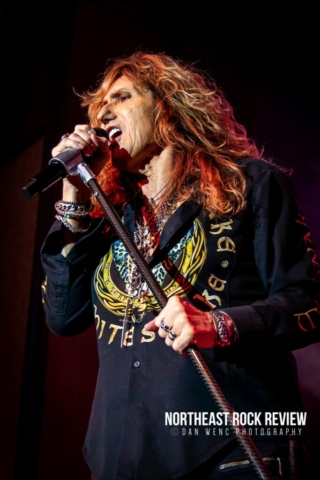 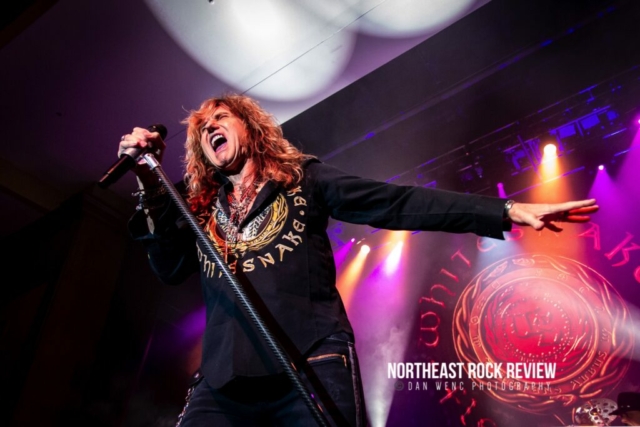 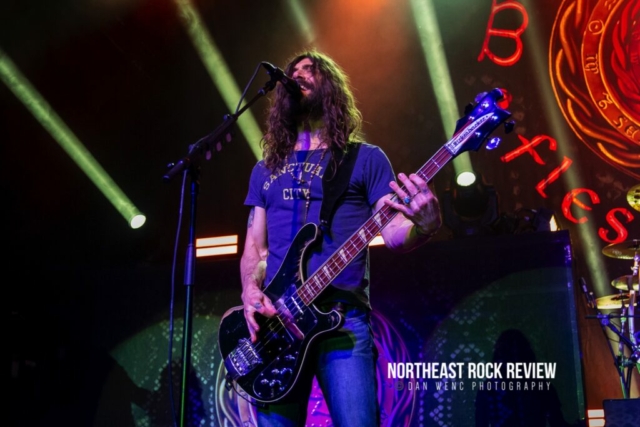 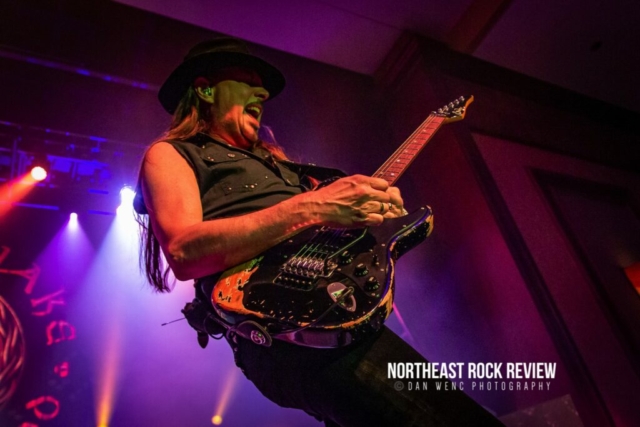 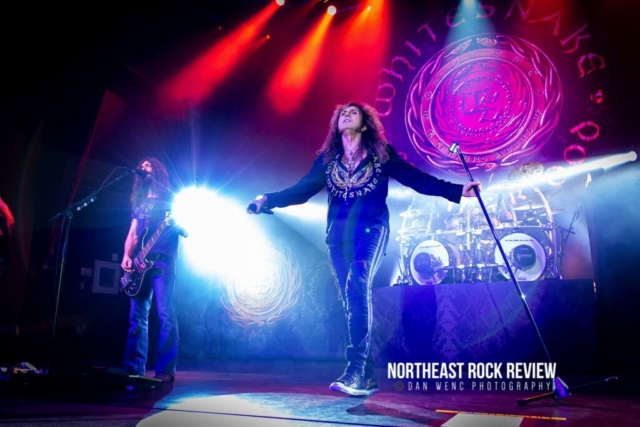 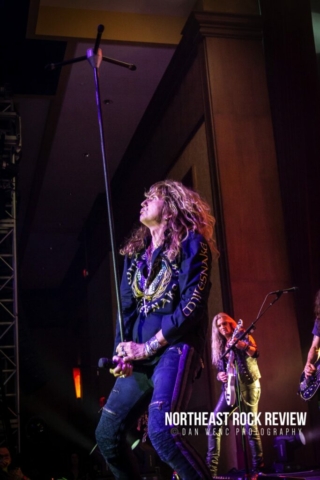 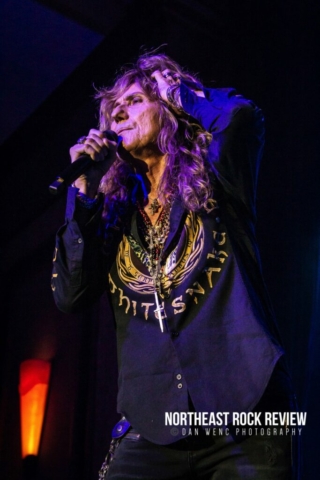 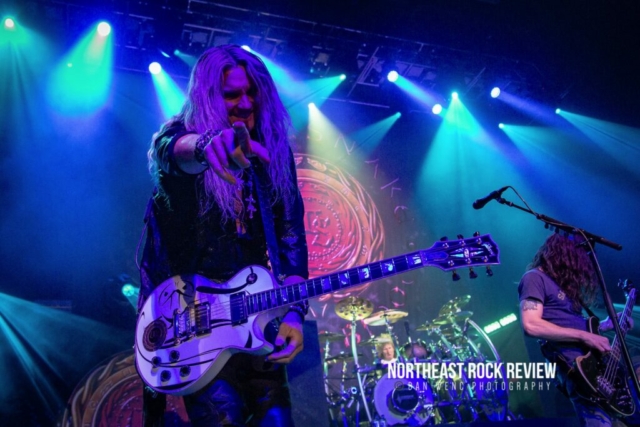 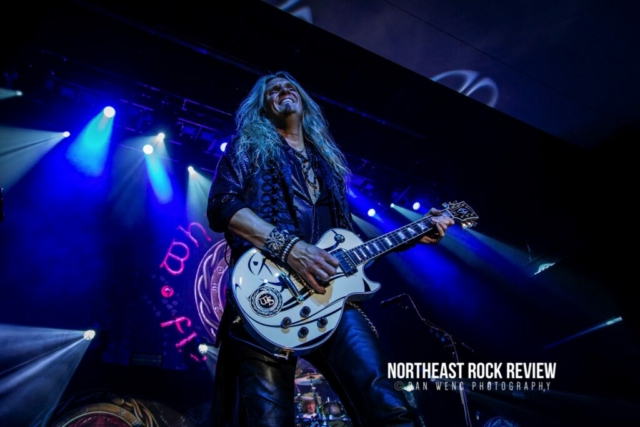