THE THREE TREMORS The Chance Theatre Poughkeepsie, New York March 1, 2019 Photos & Review by Frank Piercy What do you get, when you bring together the voice of Jag Panzer, the voice of Cage and Denner Sherman AND the voice that once belonged to Judas Priest, Iced Earth and Beyond Fear? One of the most ground shaking bands on the planet. On Friday March 1st, Poughkeepsie New York experienced ground shaking from The Three Tremors.Harry “The Tyrant” Conklin of Jag Panzer, Sean “Hell Destroyer” Peck of Cage and Tim “Ripper” Owens of Judas Priest, three of Heavy Metals most amazing voices took to the END_OF_DOCUMENT_TOKEN_TO_BE_REPLACED 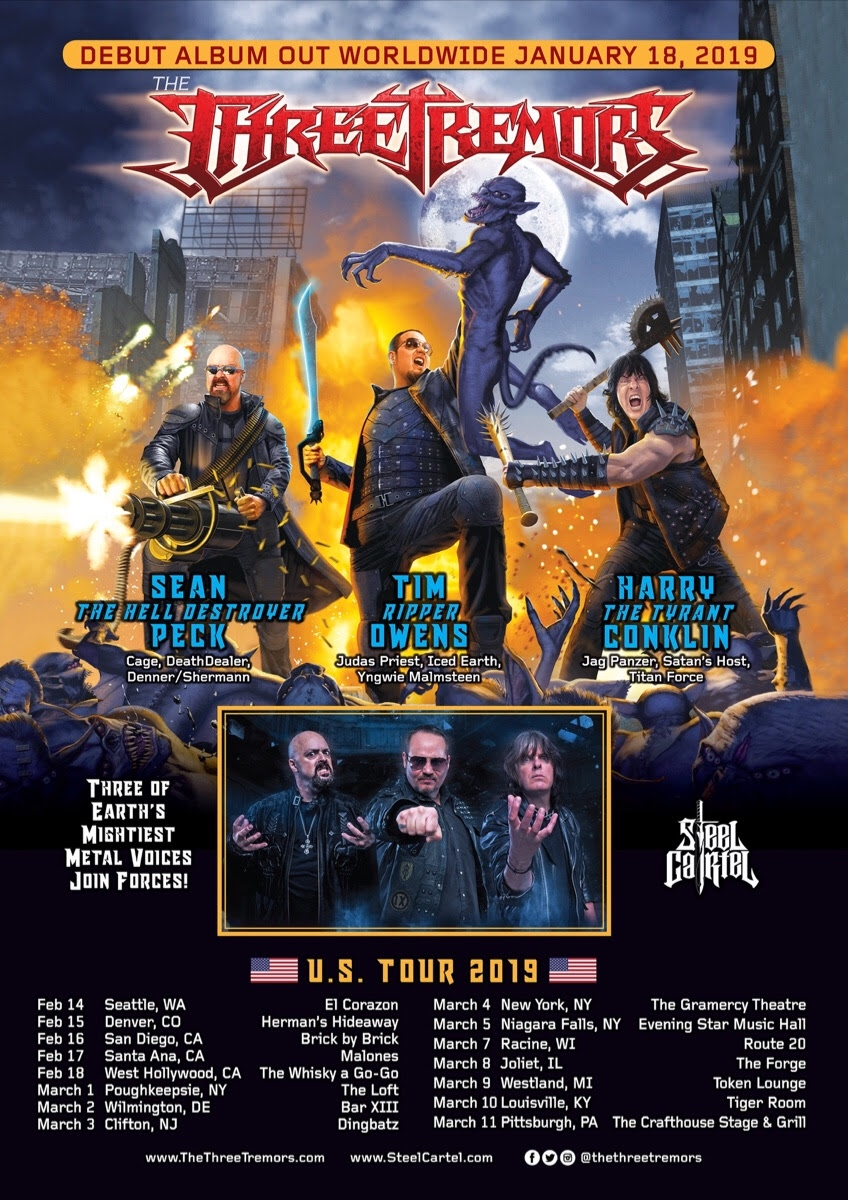 IN SUPPORT OF THEIR SELF-TITLED DEBUT It’s not every day that metalheads get the opportunity to witness three of metal’s finest vocalists on the same concert stage – Tim “Ripper” Owens (JUDAS PRIEST, ICED EARTH, DIO DISCIPLES), Harry “The Tyrant” Conklin (JAG PANZER, SATAN’S HOST, TITAN FORCE), and Sean “The Hell Destroyer” Peck (CAGE, DENNER/SHERMANN, DEATH DEALER). But soon, US fans will get their chance, when the Three Tremors launch their first-ever US tour in support of their self-titled debut – running from February through March 2019 (kicking off on February 14 at El Corazon in Seattle, and wrapping up on March 11 at The END_OF_DOCUMENT_TOKEN_TO_BE_REPLACED