M3 ROCK FESTIVAL – DAY 2 ADLERS APPETITE – AUTOGRAPH – DANGER DANGER – FIREHO– USE – KINGDOM COME – STEVE RILEY’S L.A. GUNS – TORA TORA – WARRANT – WHITESNAKE Merriweather Post Pavilion Columbia, Maryland May 4, 2019 Photos & Review by Frank Piercy Thousands had already flocked to the Merriweather Post Pavilion for the start of M3 and even more would arrive on this day, day 2. The day started earlier with the gates opening at 11am and the first band hitting the stage at noon, much to the chagrin of those that drank just a little to much at the brand new END_OF_DOCUMENT_TOKEN_TO_BE_REPLACED

ROCK TALK WITH MITCH LAFON: at PodcastOne – Rudolf Schenker of Scorpions & Mikkey Dee of Motorhead, Plus Much More Rock Talk With Mitch Lafon is your source for extraordinary interviews with some of the best artists in the world of rock n’ roll. On This episode, Mitch sits down with guitar hero, RUDOLF SCHENKER from the Scorpions to discuss the band’s current North American tour with MEGADETH, the addition of former Motörhead drummer MIKKEY DEE, the 40th anniversary of the Taken By Force album, upcoming deluxe editions of In Trance and other back catalogue titles and more. In an encore presentation drummer Steven Adler END_OF_DOCUMENT_TOKEN_TO_BE_REPLACED 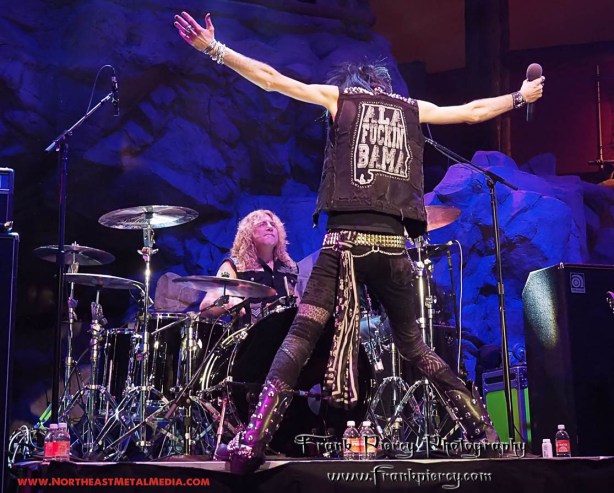 ADLER August 28, 2015 Mohegan Sun – Wolf Den Uncasville, CT Mohegan Sun’s Wolf Den continues to feed the appetites of those of us who can’t seem to get out of the 80’s frame of metal. Adler played the Wolf’s Den at Mohegan Sun Casino. Consisting of the band’s namesake Steven Adler, drummer and former skin basher for the great and mighty Guns & Roses.  Jacob Bunton formerly of Mars Electric and current lead vocals for Lynam, brought his voice and guitar abilities, Lonny Paul on guitar also of Lynam, tying it all together Johnny Martin who played bass for The Raskins and LA Guns. END_OF_DOCUMENT_TOKEN_TO_BE_REPLACED