SHINEDOWN With Diamante and The Pretty Reckless Mohegan Sun Casino Arena Uncasville, Connecticut April 16, 2022 Photos & Review by Tom Bogus UNCASVILLE, Conn. – Shinedown performed in front of an energized crowd at the Mohegan Sun Arena in support of their upcoming studio album release Planet Zero. The album release date was changed from April 22nd 2022 to July 1st 2022 due to the delays of physical production of vinyl and cds. Shinedown’s stage set up for the tour was much different from what I was used to seeing. They usually have your basic stage set up with ramps, risers and all different types END_OF_DOCUMENT_TOKEN_TO_BE_REPLACED

SHINEDOWN With ASKING ALEXANDRIA Mohegan Sun Arena Uncasville, Connecticut March 2, 2019 There is nothing like the energy of a Sold Out arena rock show. The Mohegan Sun Arena has a 10,000-person capacity, which means most of those people in addition to ALL the other people there for the Wolf Den show or just to gamble or party all had to have a place a park. Because there it was a sold out show and Mohegan Sun is such a hub of entertainment. Whether it might be a night like this to see a rock show, a free Wolf Den show, gamble or dine at END_OF_DOCUMENT_TOKEN_TO_BE_REPLACED 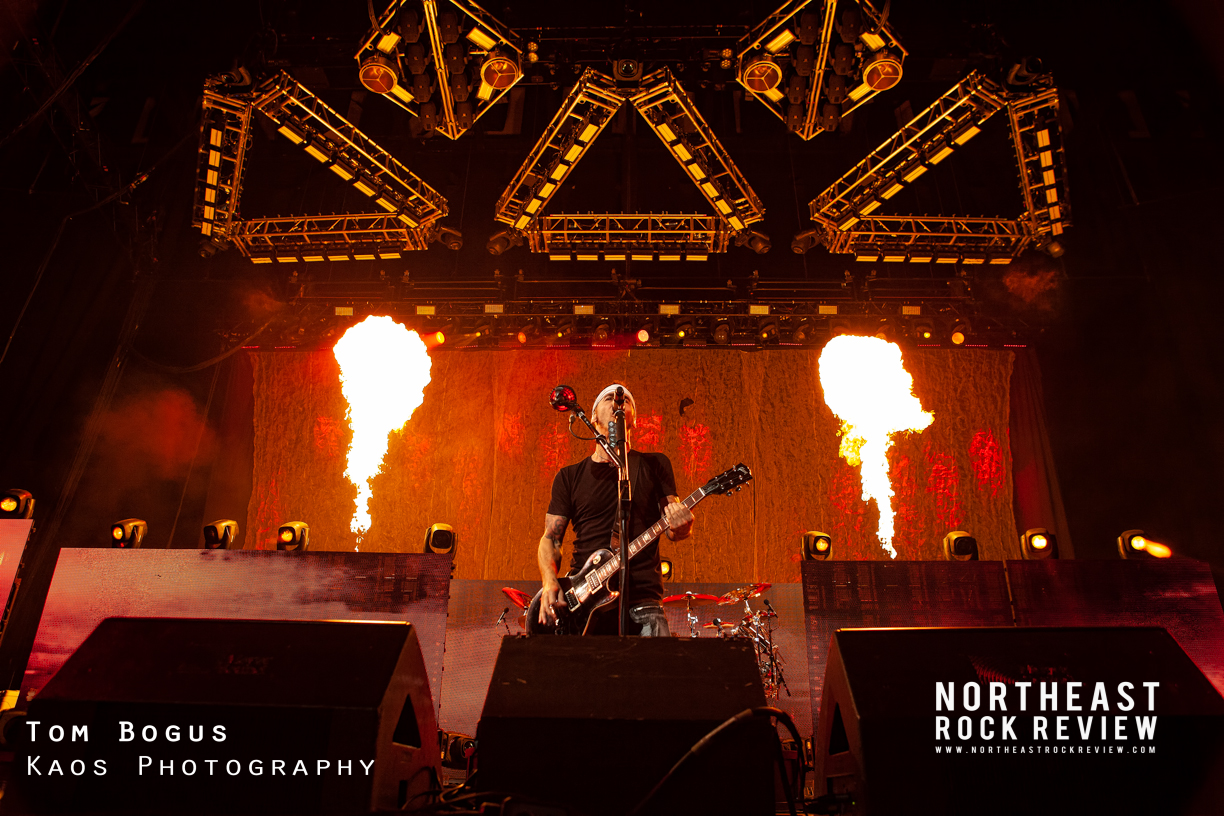 GODSMACK SHINEDOWN XFinity Theatre Hartford, Connecticut August 24, 2018 Photos & Review by Tom Bogus at Kaos Photography Godsmack and Shinedown brought their co-headling tour to Hartford Connecticut on August 24th 2018. Red Sun Rising was the opening support act. The show kicked off promptly at 8pm with Red Sun Rising doing a high energy set which got the blood pumping with the audience. Shinedown took to the stage behind a big white curtain that covered the front of the stage. “Attention Attention” intro was being played over the house P.A., then the intro guitar riff began to play “The Sound of Madness” The curtain END_OF_DOCUMENT_TOKEN_TO_BE_REPLACED