BOSTON – Always staying with the times, the iconic Tiffany shook up the City Winery in Boston for what was my first rock concert in quite some time. What a show! Essentially, if you are thinking this was the Tiffany of the past, the teen pop sensation, you would be patently wrong. She is the same person, but with members of the L. A. Guns including Scot Coogan and Johnny Martin.

The Shadows tour, a prelude to the upcoming album to be released later this year. Tiffany and the band were welcomed to the refined atmosphere of the excellent City Winery in downtown Boston.

The show started with the band taking the stage first and Tiffany joining in afterwards. So now that you have pictured it, it is like we are at the Whisky a Go-Go on the Sunset Strip instead of the City Winery. The sound of wailing vocals, shredding guitars, seemingly fan-blown hair of Coogan on the drums. It was a welcome respite from the year and a half without live music.

Songs included Tiffany’s hit “Hey Baby”, but many of the songs were from the upcoming album Shadows, which has an alternative, punk edge mixed with the power of L. A. Guns adding their efforts to the record.

“Shadows,” the title track was excellent and raw. “Beautiful” was a very hard rocker. “Waste of Time” had a wicked hard intro with Coogan on drums and Tiffany screaming like Ann Wilson for a great, anthem-like song.

“King of Lies” from another album, “Pieces of Me” song speaks truth ironically enough, with Tiffany at the top of her range at the end of the song. “Feels Like a Storm” with its sensual tone feels like hot rain in the summer song is like a painting or a good novel. “Could’ve Been” started with a gospel-like feel that turned into a power ballad.

Tiffany’s Beatles cover as “I Saw Him Standing There” replacing her for him, was as if the Beatles started on the Sunset Strip instead of Liverpool.

The show drawing to a close included “Bed of Nails” from the Shadows album is her favorite new song. To me it was like the sounds of Zepplin’s “Kashmir”, a hauntingly beautiful song. On the album, according to Tiffany, the vocals were recorded in a one take scratch vocal. “You’re Everything” was also performed and will be an internationally released single with great vocals. Tiffany has pipes! But the band keeps up with a song about people in LA, and it was a rager, something like STP or L. A. Guns would perform, straight out of West Hollywood. 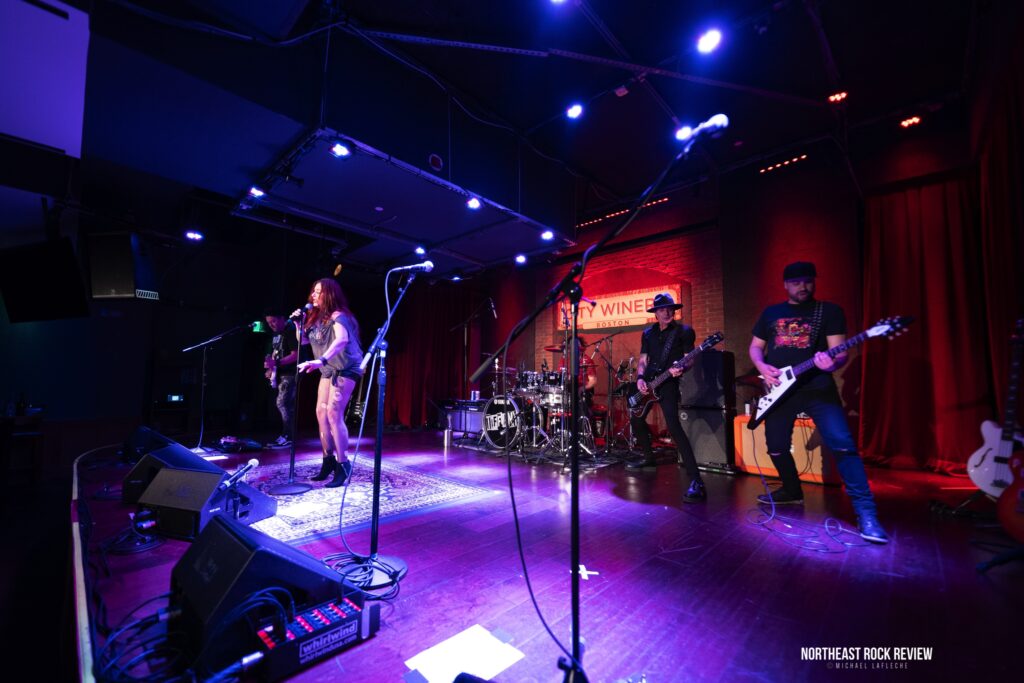 The show wrapped with everybody in the City Winery spontaneously dancing, the energy was amazing as her cover pop hit “I Think We’re Alone Now” with the L.A. Guns style treatment, it is quite edgy and I daresay better!

The show was a stunning transformation of artistry. Great stuff happens when styles mix and new music takes shape. I am looking forward to the new album, and seeing the band and Tiffany continue with their success! 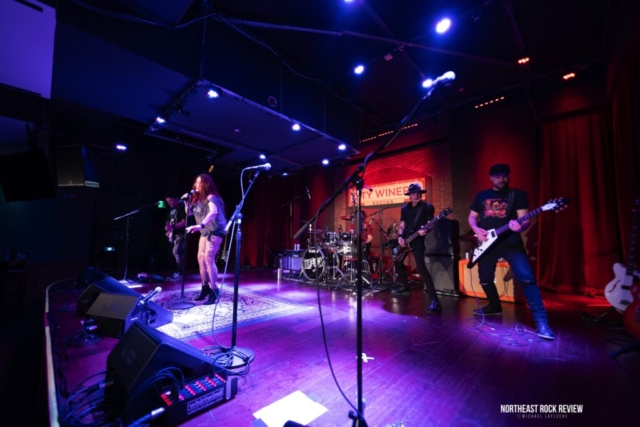 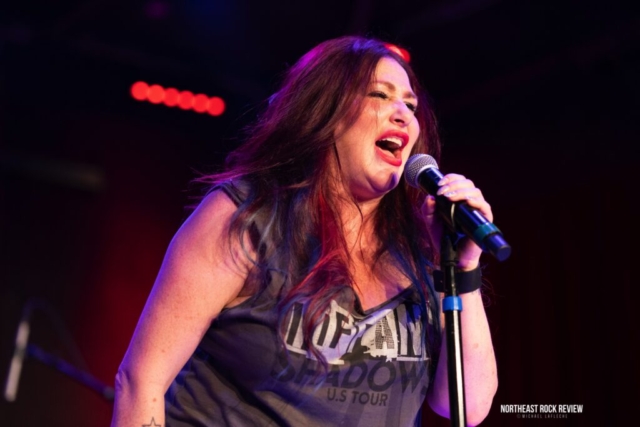 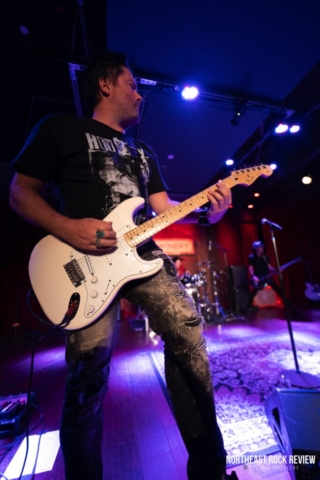 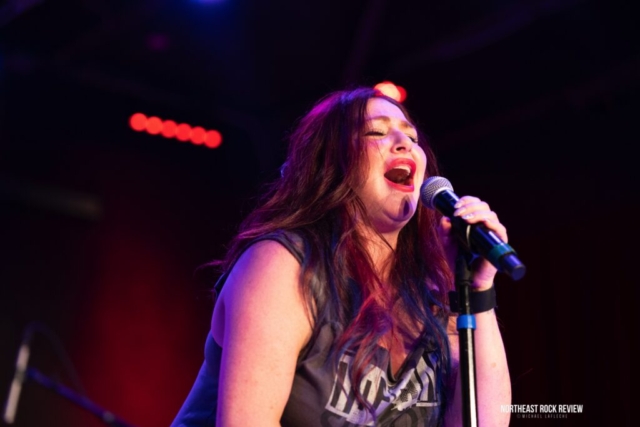 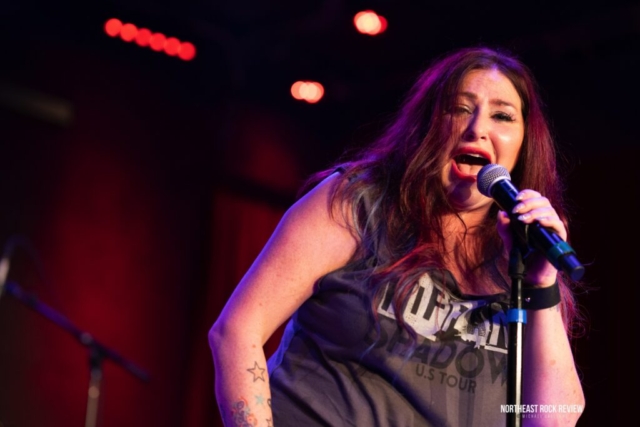 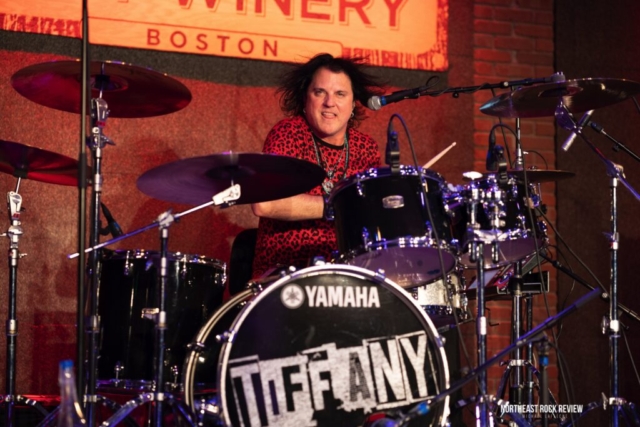 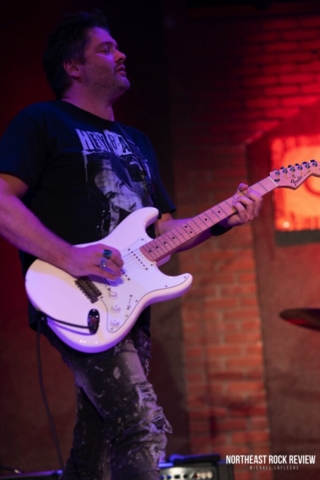 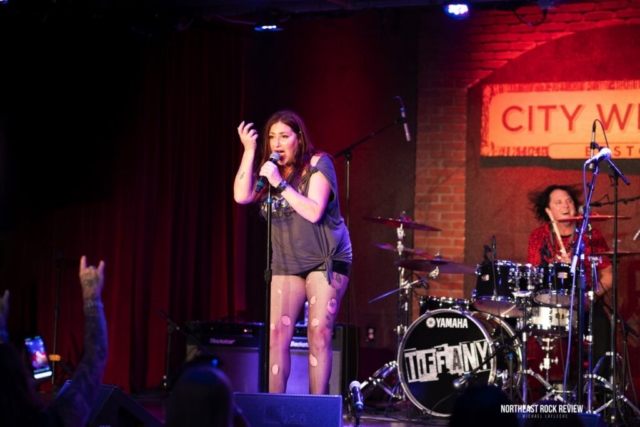 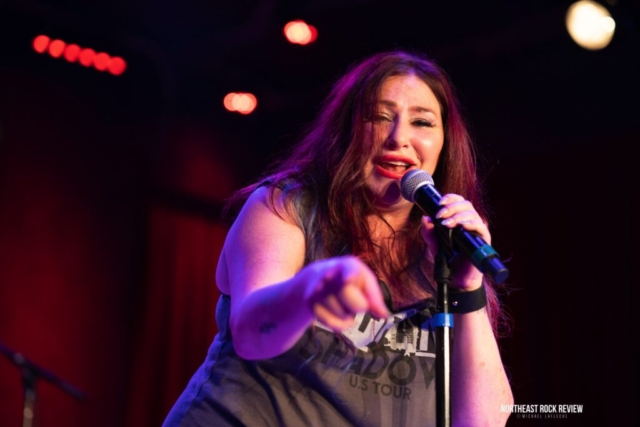 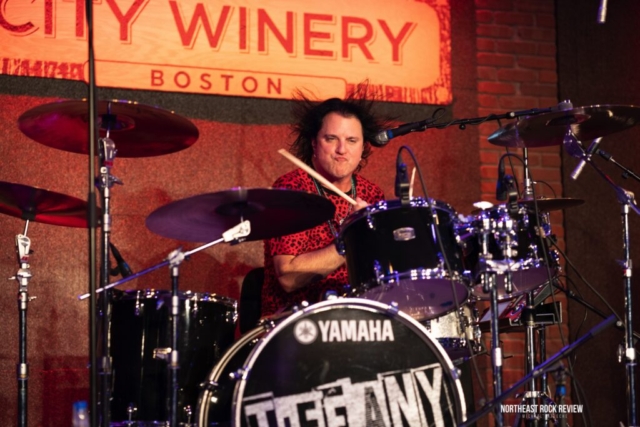 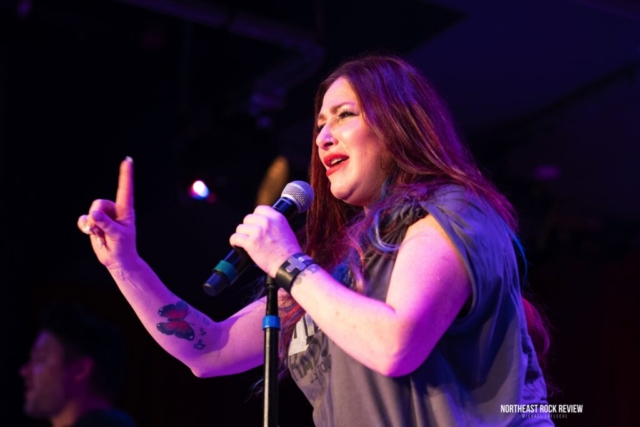 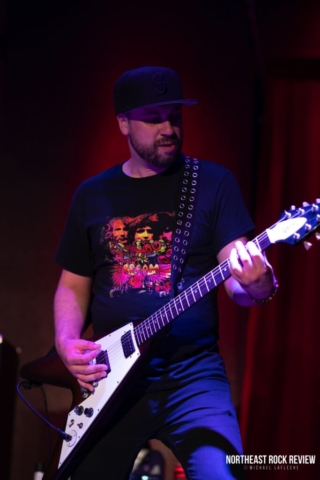 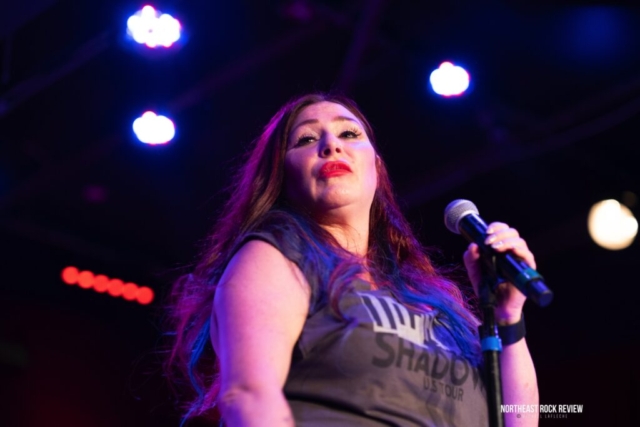 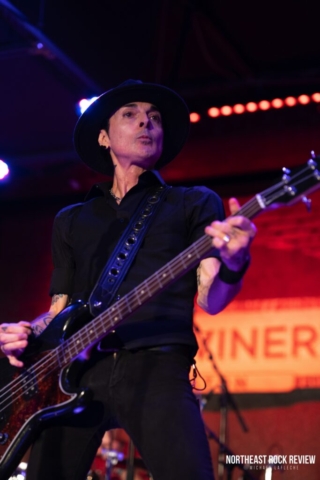 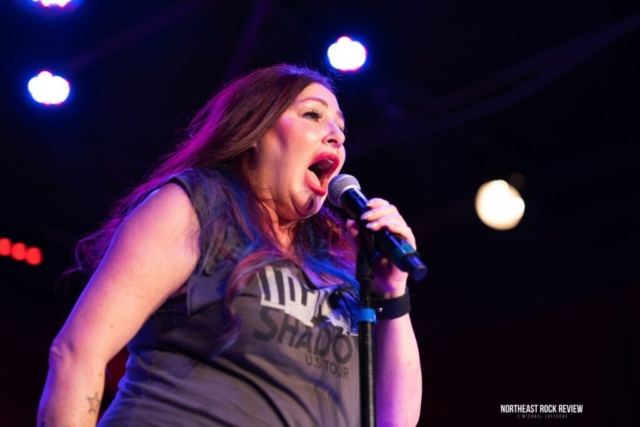 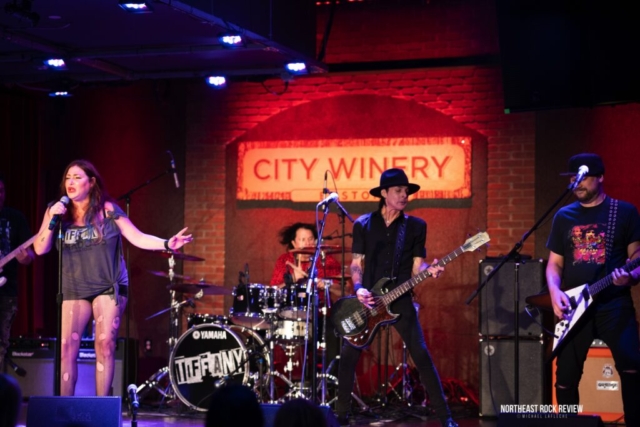 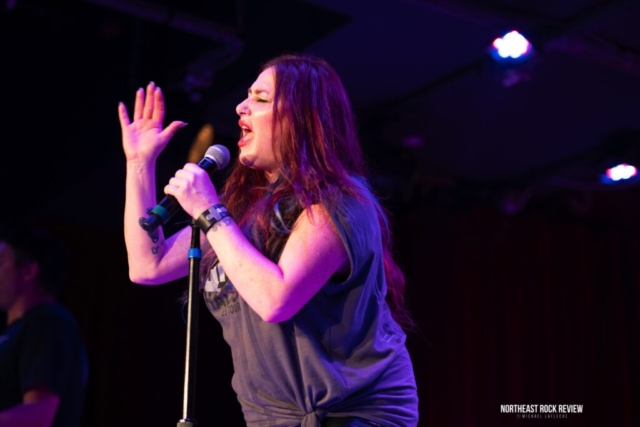 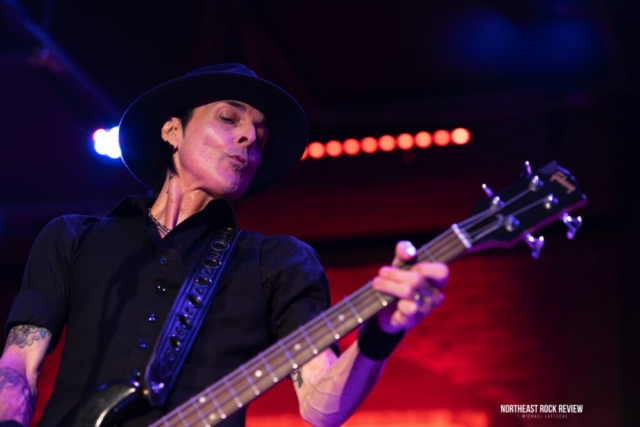 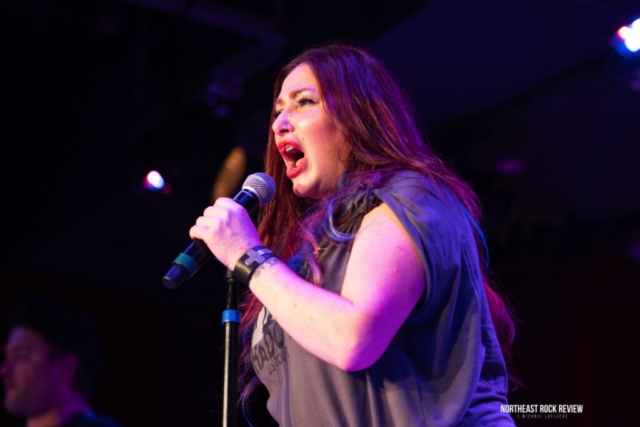