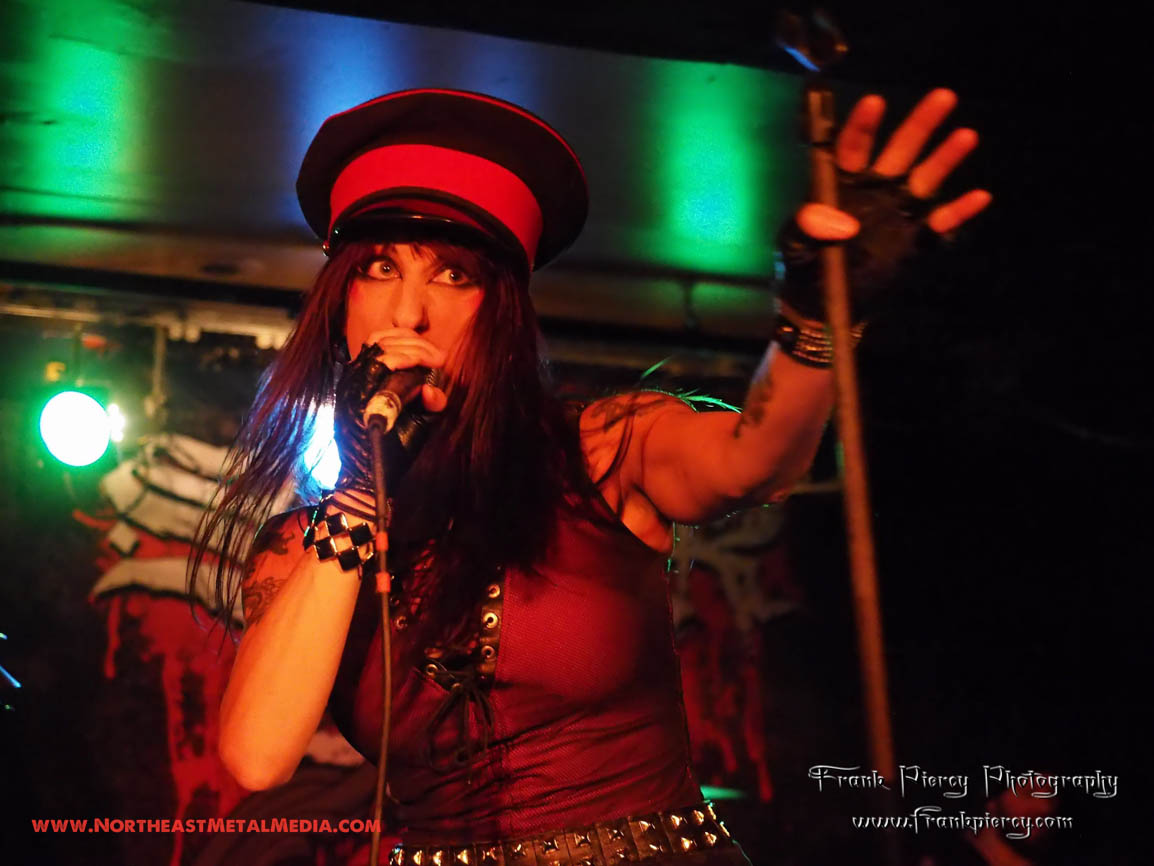 The Loft at The Chance
Poughkeepsie NY
July 17th 2015

Another trip into New York, another show in Poughkeepsie, another place I have never shot at before. Shooting bands I have never shot before, but at least I have seen Sister Sin before. A few years back I saw them opening for either Motorhead or Otep at the Webster, I don’t remember more than a great sounding band with a female lead singer.

The night started off with a local band performing their first ever gig. I don’t remember their name. Which I think is a good thing, because they really all that great and the sound was horrible with the lead singers voice drowned out by the rest of the band. The band’s guitarist was good, but not enough to make up for the rest of the group. Being their first show, there is no other way to go but up.

Shattered Sun was the next band to hit this small stage with horrible lighting. I have seen the name in the past, but was never interested in their sound, I grew up on Slayer and Metallica with a small pinch of Testament, Exodus and Anthrax thrown in, but have a hard time listening to most metalcore bands these days.


These guys really piqued my interest when I saw them setting up a keyboard on stage. Metalcore with a keyboardist this will be interesting. It was.

Shattered Sun is a young band, formed only 10 years ago in Texas. Consisting of 6 members, Marcos Leal, lead singer, Daniel Trejo and Jessie Santos on guitars, Joseph Guajardo on bass, Robert Garza on drums and finally Henry Garza on keyboards they took to the stage.

The energy exploded, tearing The Loft apart. These guys took that stage and made it their own. It appears that touring with the likes of Testament and Exodus taught them how to win over a crowd. Marcos worked the crowd well and interacted a bit with us, but the energy is what was impressive that night. Enough so that I bought their latest CD, “Hope Within Hatred” under the guidance of their Merch guy Brian.

Like I said before, I wasn’t a fan of theirs before that night, but after watching the energy they put into their performance that night for a small crowd of maybe 60 people.

They now have a convert. Then the main reason I was there came to the stage. Sister Sin came out to play.

The band took to the stage, Jimmy Hiltula on guitar, Strandh on bass and Dave Sundberg on drums, followed shortly after by Liv Jagrell their lead singer, who took the audience’s ears with their sound and their eyes by her green eyes and red whipping hair.

Hailing from Sweden, you know the land that has also brought us, Europe, Shotgun Messiah, Ghost and Meshuggah. We have this female led band that draws its influences from the glam rock of the 80s. Standing there listening to Liv sing and scream thru the lyrics and the guitar playing of Jimmy, I felt at home, this is my kind of music.

You could hear the influence of so many of the bands in their songs, but the stylings of Doro Pesch jumped to forefront of my mind for the evening. Everyone talks about Doro, Lizzy, Amy, Christina, Joan, I think they should see Sister SIn and start talking about Liv.

The band sounded tight and there were absolutely no issues with the sound like for the first band. They played a good mix of music off of their 5 CD’s leaning heavily to my new favorite “Black Lotus”. Great disc and on continuous repeat in my truck.

Both bands are currently on the Mayhem Festival tour on the Victory Stage, with Shattered Sun hitting the road with Soulfly and more after Mayhem and unfortunately Sister Sin is headed back over to Europe to play some dates there.

View the pics of Sister Sin below:

Once again. CHECK THEM OUT!!!
Victory Records has some great bands on their roster and over the last month I have definitely added some new bands to my playlists!