Melodic metallists Weapons of Anew are set to open shows throughout the summer in the US for Scott Stapp (Creed) and Messer, and are already poised for a great 2020, as an all-new studio album will be issued in the first quarter of the new year.

The band, comprised of Ray West – vocals, Freddy Ordine – guitars, Kris Norris – guitars, Stefan “Reno” Cutrupi – bass, and Chris Manfre – drums, has already honed their live show, opening for the likes of Alter Bridge, Tesla, and Metal Allegiance, and will be performing standouts from their latest album, ‘The Collision of Love and Hate,’ including the single, “Killshot,” for which a hard-hitting (literally!) video was filmed for:

“’The Collision of Love and Hate’ was released by OK Good Records in September 2017,” says Ordine. “I view it as a picture of the time in our lives while we were writing and recording it. It’s a pretty good look into who we are as people and what we were each going through at that time. We are all proud of it for sure but there is still more to come.”

And the album garnered strong reviews from the rock press, including the All That Shreds site saying, “This album is fresh, new songs that won’t have you yawning over. The whole band sounds tight and operating on all cylinders.” Additionally, Steel Notes Magazine raving “Their music has a style that is beautifully rich while still remaining true to the basics of heavy metal music. It’s loud, it’s fast, it has tough lyrics and a bluesy undertone…but they are playing heavy metal music with sophisticated hooks and melodies that catch you pleasantly off guard and demand that you pay attention! And DON’T GET ME STARTED ON THE ENERGY.”

The tour kicks off on June 20th in Oshkosh, WI (at Waterfest Concert Series), and will wrap up on August 8th in Nashville, TN (at Cannery Ballroom). Get ready for what’s shaping up to be one of the summer’s top rock tours, when Scott Stapp, Messer, and Weapons of Anew hit the road together! 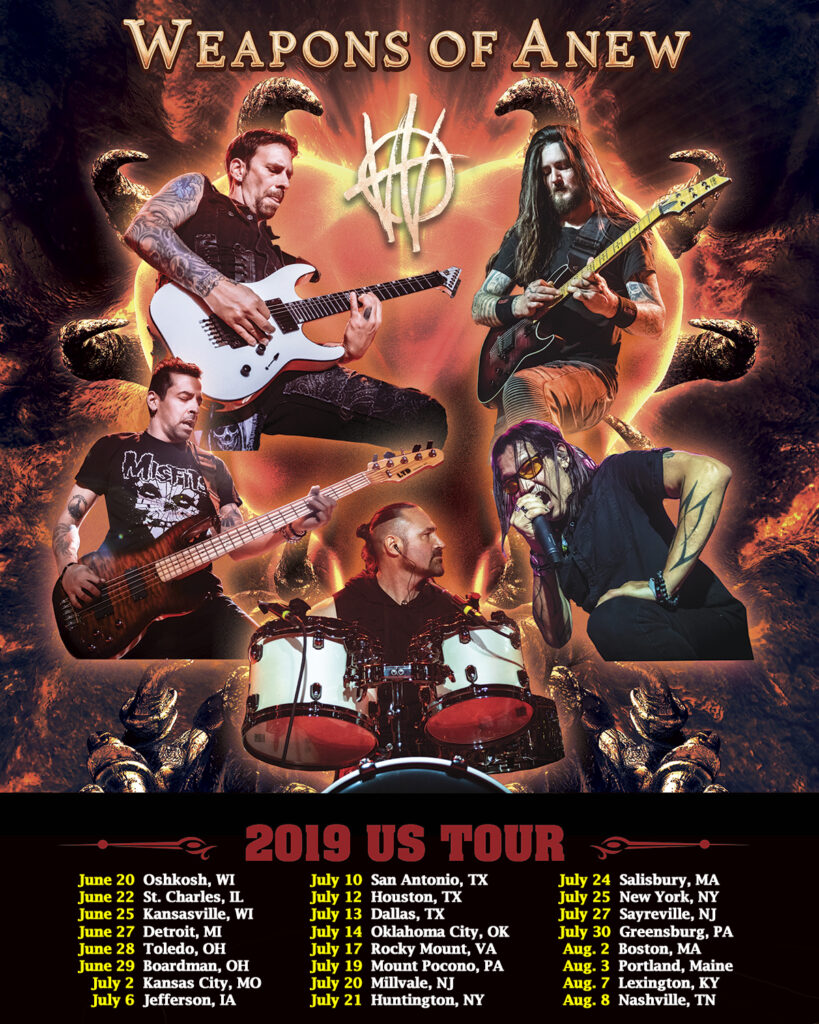