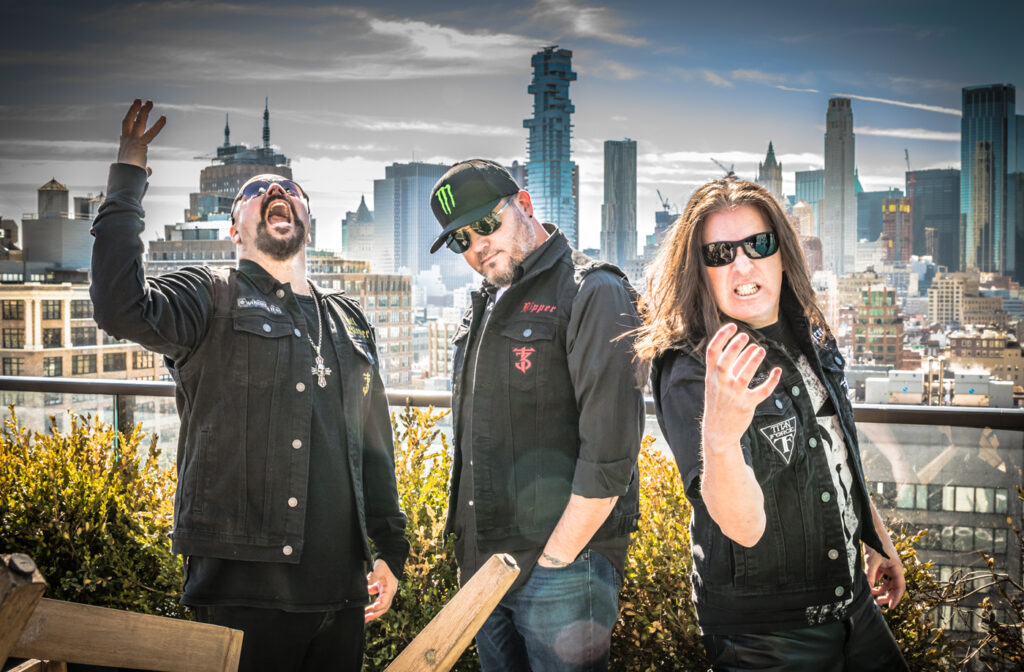 Each of the three singers perform the entire self-titled debut album alone, adding their own stylings and nuances to all 12 of the songs. This brings a fresh and completely new take on the ground-breaking debut release, and all three versions are incredible in their own right. Also included are 3 live bonus tracks recorded from their US tour. Each of the discs has brand new original artwork from DUSAN MARCOVIC, and reflects the monstrous nature of this endeavor.

Invaders From The Sky Live

When the Last Scream Fades Live

Included in the set is all new artwork and packaging, 3 separate discs (The Ripper version, The Tyrant Version, The Hell Destroyer Version), 3 live bonus tracks, and all new photographs.

The order link can be found here at http://www.thethreetremors.com/site/store.html

The Hell Destroyer: “We each sang and recorded the entire album and so much great material got left on the cutting room floor because of how we pieced together the original release. I felt we had a really cool product that we could put together and I started working with Dave Garcia to mix them and assemble them. We contacted the artist and had him paint some incredible cover art to match the ferocity of the recordings.”

Ripper: “Everyone each had their own amazing version of the album and I was hoping we would find a way to get them released and now here they are.”

The Tyrant: “This is a really cool, unique product that as a metal fan myself would want to have. The different approach we each took to the songs makes each version really fresh and interesting. Each guy really did a great job and it is definitely a trip the metal fan is going to enjoy.”

Harry “The Tyrant” Conklin – “We had a great time on the last US tour we did. We are changing up the set a little bit for this upcoming run and throwing some cool new surprises in. I think the people are going to love it.”

Tim “Ripper” Owens – “I’m really looking forward to hitting some of these States that we missed last time and bringing our show to places like Texas and Florida, that we have not played yet.”

Sean “The Hell Destroyer” Peck – “The album has been out for a while now, so people are more familiar with us as a band and the songs. We are following it up with the solo releases now so these new shows will be supporting that release. We will have some really radical new merchandise to go along with it, which I cannot wait to see. I love it that we are pounding America again and bringing this one of a kind metal experience to new cities as we expand our reach and get back to pounding the anvil!” 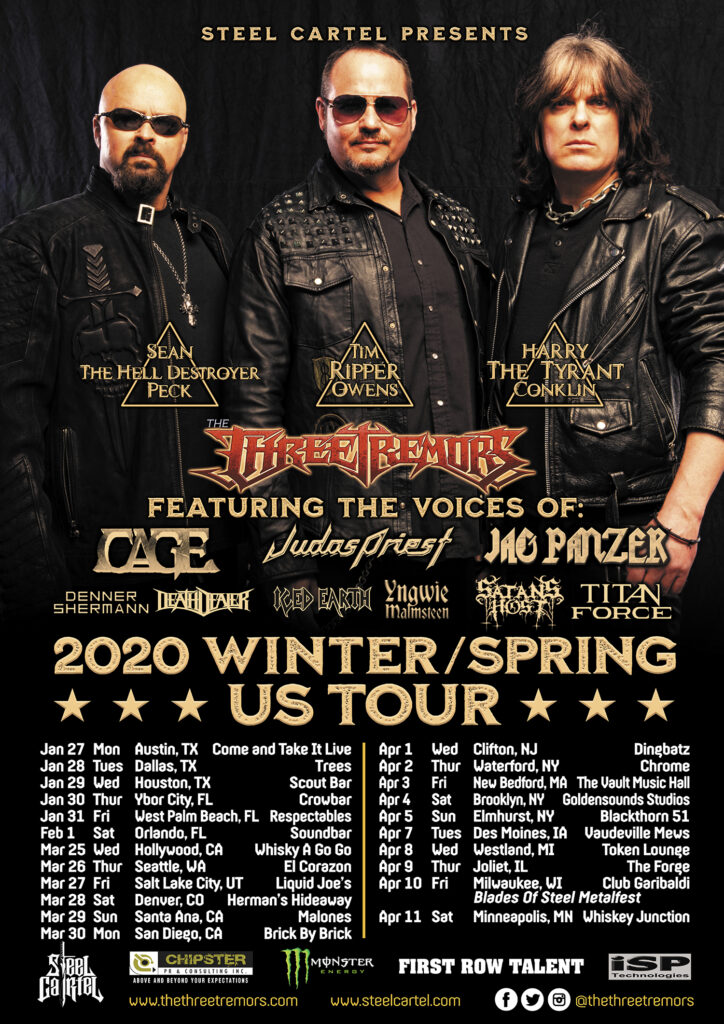 ** Additional dates to be announced shortly.

Ticketing links for U.S dates can be found here: http://www.thethreetremors.com/site/shows.html