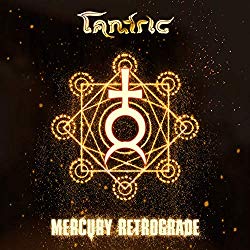 Tantric is a career band at the peak of its powers. While there’s diversity within and among the records, the signature Ferreira vocals and sensibilities always shine through. As he says, “I consider Tantric a boat that I float in—it’s a vessel that carries the music. So I never feel restrictions. It doesn’t have any rules. Tantric music can be super-heavy, light—or both It’s really an open book with no ending in sight.”

The new album, Mercury Retrograde, will be available via Pavement Entertainment on October 5, 2018. Pick up the album digitally and at major retailers Walmart and Meijer. The album is also available for pre-order from the following:
Pledge: http://bit.ly/2O0S4we
iTunes: https://apple.co/2x0ZxFg