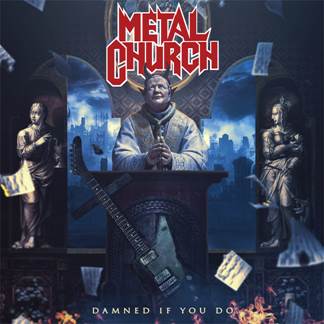 Coming off the success of the XI album, two years ago, Metal Church has announced a new album due out December 7th. West coast metal veterans Metal Church will release their 12th full length studio album Damned If You Do via Rat Pak Records on December 7, 2018 and will also be available in Europe via Nuclear Blast and Japan via KING Records. The latest release is the follow up to their highly successful 2016 album “XI”, which saw the return of legendary frontman Mike Howe. Damned If You Do is a cross between the band’s iconic Blessing In Disguise and The Human Factor. This END_OF_DOCUMENT_TOKEN_TO_BE_REPLACED