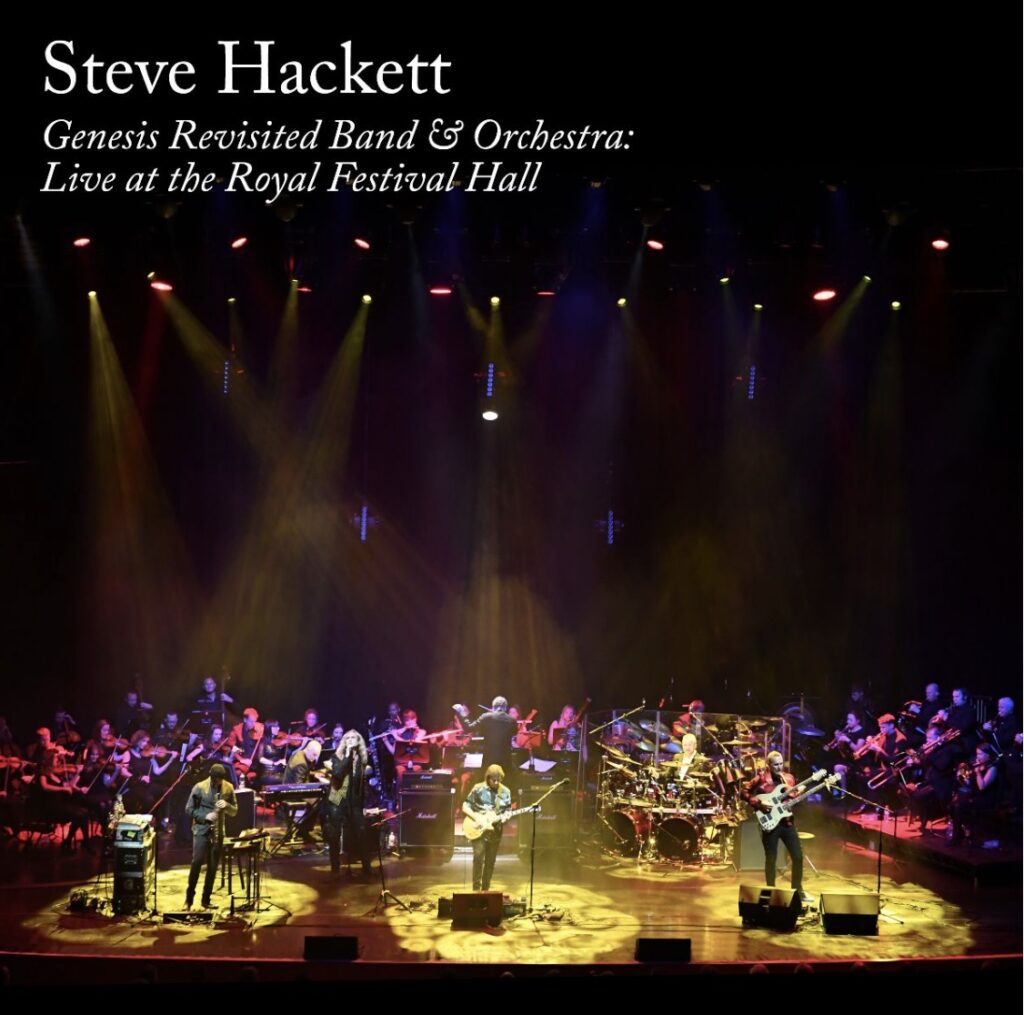 The album was recorded on 5th October 2018 at The Royal Festival Hall, London, during the 2018 Genesis Revisited Tour which fulfilled a long held ambition of Steve’s: to perform the music of Genesis with a live orchestra. The concert featured Steve’s regular touring band of Roger King (keyboards), Gary O’Toole (drums/percussion), Rob Townsend (saxes/flutes) with Nad Sylvan on vocals and Jonas Reingold (The Flower Kings) on bass, together with special guests John Hackett and Amanda Lehmann, and augmented by the 41-piece Heart Of England Orchestra conducted by Bradley Thachuk.

Steve commented – “It was a fantastic experience for both the band and myself to play alongside an orchestra and to feel the power of the sound this extraordinary combo created. It sounds equally compelling on both film and audio. I’m proud to release this exciting product.”

ORDER IT ON AMAZON HERE:

The 2CD & Blu-Ray set includes tracks from Steve’s time with Genesis and also from his extensive solo career. The full track-listing is:

Set 1:
Dance On A Volcano
Out Of The Body
The Steppes
Firth Of Fifth
Dancing With The Moonlit Knight
Blood On The Rooftops
Shadow Of The Hierophant

The Blu-Ray digipak also includes a behind the scenes documentary plus promotional videos for Under The Eye Of The Sun, Beasts In Our Time and Peace from the At The Edge Of Light album.

Steve Hackett gained an international reputation as the guitarist in the classic 1970s Genesis line-up alongside Peter Gabriel, Tony Banks, Mike Rutherford and Phil Collins. Steve’s work was a key element of most acclaimed Genesis albums including Selling England by the Pound and The Lamb Lies Down on Broadway.

With his solo career spanning more than 30 albums, Steve is renowned as both an immensely talented and innovative rock musician and a virtuoso classical guitarist and composer. This was recognised in 2010 when he was inducted into the Rock Hall of Fame. He has also worked alongside Steve Howe of YES in the supergroup GTR.

Steve has an extraordinary versatility with both electric and acoustic guitar and his compositions take influences from many genres, including jazz, classical and blues. His most recent studio works The Night Siren (2017) and At The Edge Of Light (2019) have also seen Steve exploring the influences of world music.

2019 is a busy year for Steve. Following the success of the orchestral tour Steve released his 25th studio album At The Edge Of Light in January. He and the band then embarked on the Selling England/Spectral Mornings Tour across Europe and the USA before they return for 20 dates in the UK in November. This tour marks the first time Steve has performed the whole of his favorite Genesis album Selling England By The Pound together with Steve’s favourite songs from his solo Spectral Mornings album, celebrating its 40th anniversary, and tracks from his current album.