If you are a fan of kick ass heavy rock – in the vein of classic W.A.S.P., Rogue Male, Motörhead, and vintage KISS – then the newly-formed Wolf Chamber is a must-hear, especially their newly released song, “Forest of Darkness.” Comprised of Ed Gage (lead vocals and rhythm guitars), Dave Starr (lead and rhythm guitar), London Wide (bass), and Josh Foster (drums), metal fans will be familiar with its members’ previous work, with the likes of WildeStarr, Steelwitch, Vicious Rumors, and Chastain.

“Like many musical relationships these days, Ed Gage and I met via the internet – Facebook to be exact,” explains Starr. “He was a fan of the work I have done over the years with WildeStarr, VR, and CHASTAIN…. and we struck up a friendship. I checked out some of his songs on YouTube, and found one that intrigued me. What I heard was a very rough demo version of ‘Forest of Darkness.’ I contacted Ed and asked him if I could do some work on the song to make it better, and he was very receptive to my ideas. Most people are very protective of their songs and ideas, so to be honest I was expecting Ed to tell me HELL NO. I really had no idea what I was going to do, but to make a long story short, in my spare time over the next few months, I basically re-wrote all of the music and re-structured much of the vocal parts to accompany the new music. I presented ED with a rough demo of my new changes and he loved it!” 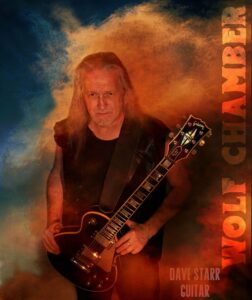 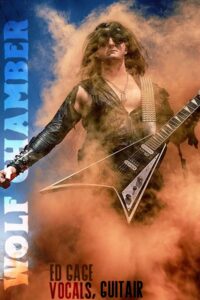 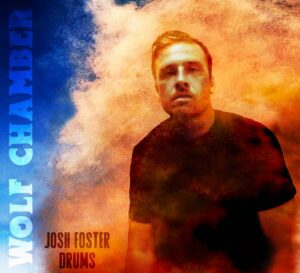 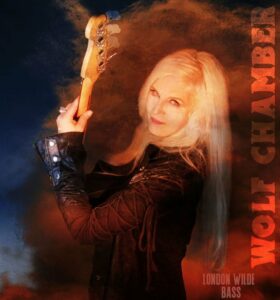 “While WildeStarr took a short break from recording CD # 4, I had Ed record his vocals and guitars parts out in Los Angeles and sent them to us here in Texas. I recorded my guitar parts here in the WildeStarr studio, and WildeStarr singer London Wilde played the bass. WildeStarr drummer Josh Foster recorded his drum tracks for us out in San Francisco, and he also mixed and mastered the song. What we have in ‘Forest of Darkness’ is a stripped down, brash, rock n’ roll tune. It’s sort of Motorhead meets Rogue Male meets classic W.A.S.P. and KISS. There is none of the sophisticated polish that people are used to hearing from WildeStarr, I did not want to do that. Its loud, obnoxious, and in your face with all the bumps and bruises that rock n roll is supposed to be about. It’s made to be played LOUD. We had fun doing this and hope you like what you hear!”

Gage also explained his side of the story. “It’s a crazy way how this project all came together. I relocated to Los Angeles in the summer of 2017. I began working in the film industry as well as recording music. Almost a year later, an episode I had worked on of the HBO show ‘Westworld’ aired, which I ended up having a lot of screen time on. After, I got a lot of attention from it – I received an unexpected message from the man himself, Dave Starr. I had told him that I had enjoyed his musical contributions to the band Vicious Rumors. While we were in conversation I had told him that I also was a musician myself, and the topic came up of possibly collaborating on music. Fast forward almost a year and a half later. Here we are with a new project and a debut single! And here’s to many more recordings to come!”