John Lodge is bass guitarist, vocalist, and songwriter for the iconic Rock & Roll Hall Of Fame 2018 inductees, The Moody Blues. Songwriter of such mega Moody Blues hits from “Ride My SeeSaw,” to “I’m Just A Singer (In A Rock and Roll Band),” “Isn’t Life Strange?” and many more, Lodge has been performing and recording with The Moody Blues for more than five decades, selling in excess of 70 million albums. Lodge has been voted one of the “10 most influential bass players on the planet,” and has been the recipient of many awards, including ASCAP (American Society of Composers and Publishers), an Ivor Novello Award, to name just a few.

Following his successful North America run this summer as part of YES’ “The Royal Affair Tour”, John Lodge returns to the US for another round of shows starting February 15 on the Rock and Romance Cruise, sailing out of Miami, FL

Just in time for the tour, the LP version of brand new release, B YOND – THE VERY BEST OF has been released in North America.

The CD version as well as streaming and digital versions are available now.

The incredible new album featuring 3 new recordings, 2 new remixes, and other tracks chosen by John as he revisits the very best of his career with the Moody Blues and his solo work.

For this album Lodge went back into the studio to totally recreate “Street Café”, “(Evening) Time to Get Away” and “Legend of a Mind”, with the wonderful musicians of the 10,000 Light Years Band. The tracks were co-produced by John and Alan Hewitt, and features John on his original Fender Precision Bass which he recorded all of the classic Moody Blues songs on. He is joined by Hewitt on keyboards, Duffy King on guitars, Billy Ashbaugh on drums and Jason Charboneau on Cello. The result is a fresh modern feel whilst still retaining the original magic of these songs. Legend of a Mind was particularly important for John to include on this album as it is his tribute to his friend Ray Thomas.

The original 24 track recordings of “Say You Love Me”, and “Summer Breeze, Summer Song”, were also remixed and remastered to create a 2019 feel to these songs that were so much part of John’s first solo ventures.

About the upcoming tour, John Lodge says,“I will be performing all of the classic Moody Blues songs of mine of course “Isn’t Life Strange,” “I’m Just A Singer (In A Rock and Roll Band),” “Ride my See-Saw,” “ Gemini Dream” and last year I started to do tributes to other band members such as”Sunset” for Mike Pinder and “Legend of a Mind” as a tribute to Ray Thomas (Ray and I were friends since we were 14). And of course the spoken word recited by Graeme Edge last year, which is wonderful. I’ve also got some other surprises in the set. The Moodies may never perform these songs again, and I just want to keep the Moody Blues music alive, music that has been an integral part of my life, and hopefully music that the fans continue to enjoy ………Thank you for Keeping the Faith. 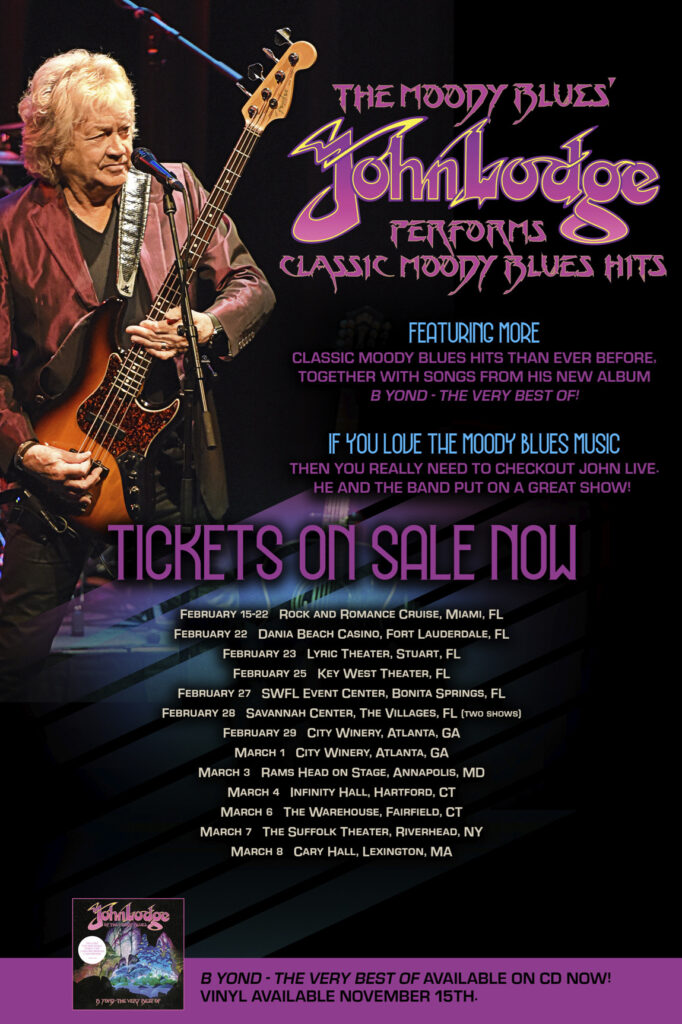